10th ID seeks to finish rebels  before commander step down 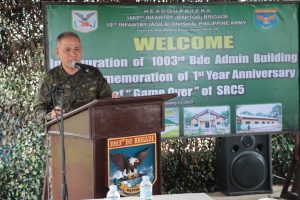 THE 10TH Infantry Division aims to finish the remaining rebel group under its area of responsibility before their commander, Major General Nolasco Mempin, steps down from military service this month as he will reach the retirement mandatory age of 56.

Capt. Mark Anthony Tito, the division public affairs office, said in an interview that some of their units are going after the remaining one ‘weakend guerilla front’ of the New People’s Army (NPA) in the southern part of Bukidnon, which is the only armed unit of their group within their area of responsibility. 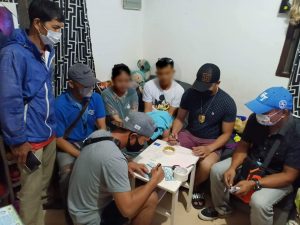 Tito, said the division “is gaining victories, and we are not affected by whatever issues in the AFP organization.”

Last year, the military set a timeline for defeating the weakened guerilla front 57 on Dec. 31, 2022. However, Tito said it was extended, “so we are waiting for another campaign plan from the higher headquarters.”

“But for now, there’s a possibility that we can defeat the guerilla front before Gen. Mempin retires,” he said. “We did not stop in our efforts. Makita man jud nato ang downtrend sa ilang manpower and influence barangay,” he added.

“In fact, wala na jud sila influence barangay sa atoang area of responsibility. That is why padayon atong coordination with the neighboring units, especially the 4th Infantry Division to totally defeat na nato ni but yes, there is a possibility that before Gen Mempin retires, the guerilla front will totally be dismantled,” he further said.

The 10th Infantry Division covers the whole Davao region, parts of region 12, including the 2nd district of North Cotabato, Malungon, Alabel, Malapatan and Glan, all of Sarangani province, Tampakan in South Cotabato, and Columbio in Sultan Kudarat.

Parts of Bukidnon to include Damulog, Kibawe, Dangcagan, Kitaotao, eight barangays of San Fernando, and six barangays of Quezon.