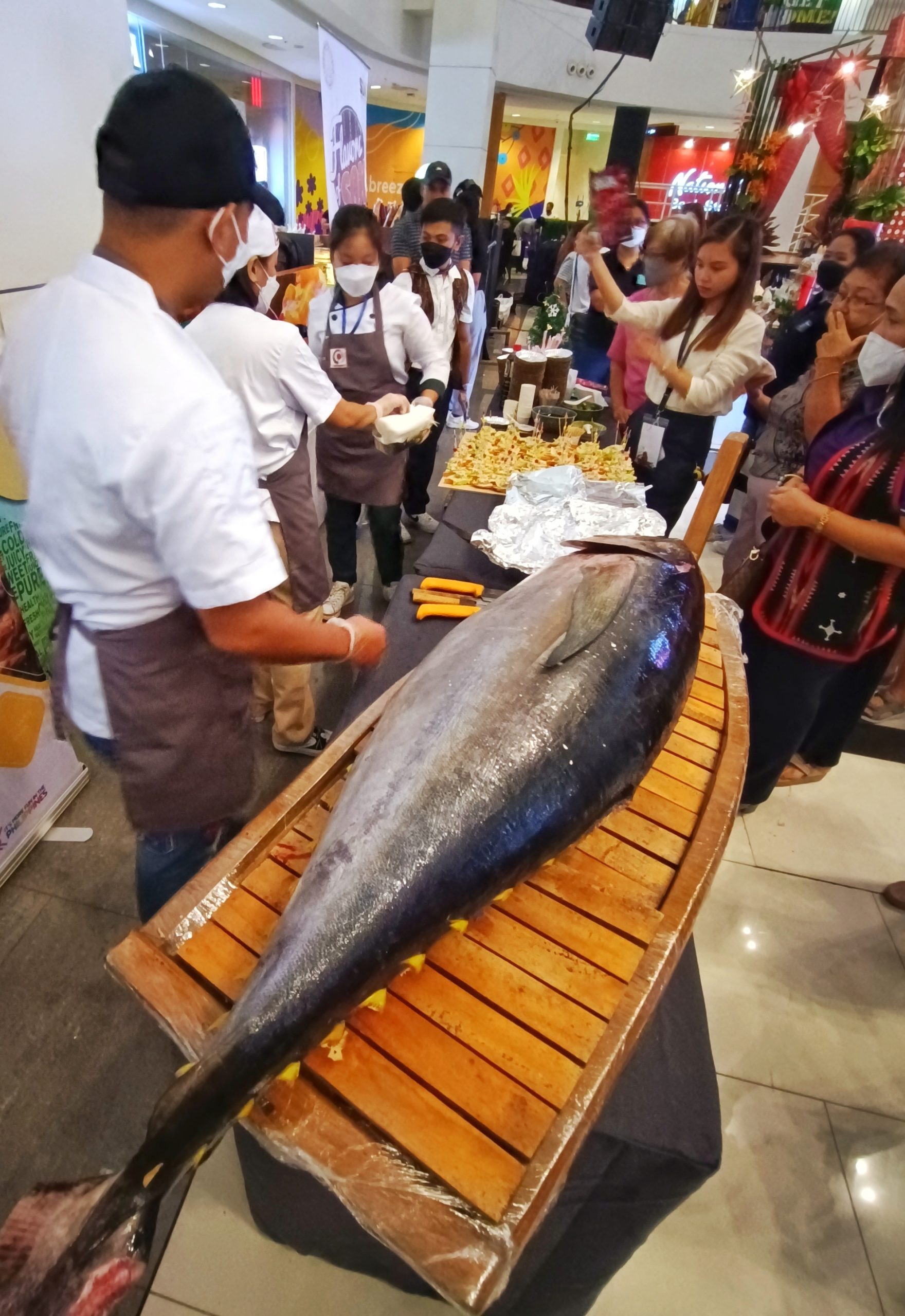 By Ian Ray Garcia on December 16, 2022
From the spicy fares of Bicol Region to the sweet strawberry produce of the Cordillera Administrative Region, down to the fresh tuna sashimi of SOCKSARGEN and Tausug delicacies of Zamboanga Peninsula, there is no doubt that the Philippines is one delectable culinary destination.
To celebrate the country’s gastronomic abundance, the Department of Tourism Xl, in partnership with Ayala Malls Abreeza, hosted the 21st edition of “Kaon Ta, Kain Pa” Food and Travel Festival from December 2 to 4 at the mall’s activity center.
“In behalf of our tourism secretary Christina Garcia Frasco, I congratulate everyone behind the project – from the private sectors, DOT regional offices and Abreeza Mall for organizing this platform where we can all share the same passion and love for food and adventure,” said DOT Xl regional director Tanya Rabat Tan, who represented the secretary during the opening ceremony.
Since its inception, the food and travel festival has generated significantly to local spending in identified tourism destinations in the overall 20 on-ground and hybrid editions of “Kain Na”. The most recent editions, held in Ayala Malls Manila Bay and Ayala Center Cebu, generated a combined revenue of over Php1.5 million.
“Aside from gastronomy, it has also promoted the new tourism circuits developed by the DOT regional offices while featuring some of the country’s esteemed culinary champions and heritage gastronomy advocates,” added Tan.
Likes its previous successful editions, the culinary feast is part of the DOT’s persistent initiatives in positioning Filipino cuisine in the world gastronomic map.
“Our long term goal is to heat up the country’s profile as a global culinary destination,” Tan added.
As a culinary tourism has been recognized as one of the country’s tourism lures, DOT, under Secretary Frasco, intends to put food – and the Filipino’s love for it – front and center.
“With food tourism, we make our taste buds travel and experience our destinations that is what we want highlight. We want to offer the best of what we Offer in terms of food,” DOT OIC Undersecretary on Tourism Development Verna Esmeralda C. Buensuceso.
Davao City Mayor Mayor Sebastian Z. Duterte, through City Councilor Al Ryan Alejandre, also commended the DOT for spearheading the activity for “celebrating the rich and colorful delicacies of our Filipino heritage”.
With the theme “Food Tripping Christmas”, the festival highlighted the flavorful celebratory spread of local and modern holiday cuisines and delicacies from Regions 1, 5, 6, 8, 9, 10, 11, 12, 13, Cordillera Administrative Region and the National Capital Region.
Share this post: