The Aboitiz Cleanergy Park in Punta Dumalag, Matina Aplaya, Davao City, an 8-hectare ecological preserve was once a grassland but has now become a haven for birds. 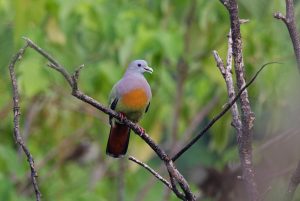 Planting of trees was among the recommendations of the study and in an effort to make the place more attractive to wildlife, tree planting activities were conducted at the site with the help of other public and private organizations. 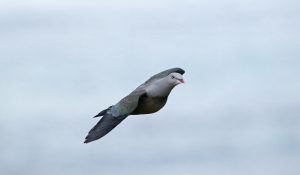 When a team of birdwatchers, including England-born birdwatcher Pete Simpson, visited the park in 2016, they documented 25 bird species at the park.

At that time, the Pink-necked Green Pigeon (“Treron vernans”) was first photographed at the Aboitiz Cleanergy Park. The said bird lives in a wide range of forested and human-modified habitats and is particularly found in Southeast Asia. 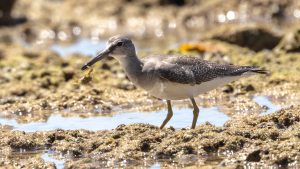 Since then, the number of endemic and migratory birds continues to rise and last 2020, the number had finally reached 100. “What was really interesting is the sighting of the Pied Imperial-pigeon (“Ducula bicolor”) at the park,” Brenda Milan, a Davaoeňa birdwatcher and photographer said in an interview. The said pigeon inhabits coastal forests on small offshore islands, only making occasional forays to mainland areas to hunt and sleep.

“Maybe something happened in their traditional roosting area, or where they regularly settle or congregate to rest, and they found Cleanergy Park a safer preserve,” Milan explained.

Another notable finding is the annual visit of the Spotted Imperial Pigeon (“Ducula carola”). “The nesting records of Pied Imperial Pigeon are impressive for an urban park. A small flock was first seen in 2019 and they are now residents in the park, recently confirmed to be nesting,” Simpson shared in an interview.

The spotted imperial pigeon, also known as the grey-necked imperial pigeon, is a species endemic to the Philippines. It lives in forests and forest edges but goes down to the limestone shorelines possibly to feed or to replenish the salt content needed by its body.

“I think the birds feel safe at the Cleanergy Park. There are very few people moving around in the area,” Milan shared how the park can be considered a safe haven for birds that are displaced from their natural habitat. “The security personnel controls the number of people coming in and out of the area and prevents hunting, making the park a rare oasis of safety for the birds in Davao City,” Simpson noted that these wild species of birds are hunted everywhere in the Philippines despite laws banning the said activity.

For example, vulnerable species like the Spotted Imperial Pigeon are threatened by habitat loss and hunting and are protected under Republic Act 9147 or the “Wildlife Resources Conservation and Protection Act.”

Last October 2022, Birdwatching in Davao revisited the park once again. One bird captured by Milan is a Grey-tailed tattler hunting for small crabs along the shores of the Aboitiz Cleanergy Park. They dart about, bobbing and teetering between runs, and locate prey by sight or by probing.

The Aboitiz Cleanergy Park is managed by Davao Light and Power Co. Inc., an AboitizPower subsidiary, and Aboitiz Foundation Inc. “We’re happy to know that our conservation efforts have paid off. We thank our partners for supporting the Aboitiz Cleanergy Park by regularly conducting coastal cleanup and tree planting activities to maintain the natural habitat of these birds,” Rodger Velasco, President and COO of Davao Light said in a statement.

Currently, the total number of endemic and migratory birds that regularly visit the park is 105. Aboitiz Cleanergy Park is now not just known as one of the nesting grounds of the critically endangered Hawksbill Sea Turtles in the Davao Region but also as a bird sanctuary.