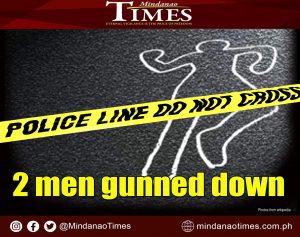 The 20-year-old died on the spot while the other victim was rushed by the responding police officers of Mobile 07 to the Southern Philippines Medical Center (SPMC).

Moreover, the report said the other victim is in critical condition but later died around 1:30 a.m.

Scene of the Crime Operatives recovered three pieces of .45 fired cartridges cases, one Vivo Android smartphone, a gold watch, and a silver/gold ring.

In an interview, Hugos said victims had prior police records for snatching and robbery.

The victims’ remains were brought to Angel Funeral Parlor for proper disposition.