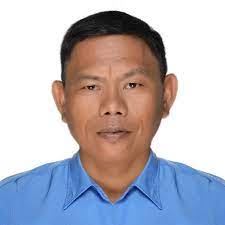 In the middle of September, Antarctica (South Pole) Ice sheet observers released data that said that dramatic melting of the ice sheet was taking place, which could result in sea level rise and stronger typhoons. This story was buried by the continued rise of fuel prices, the war in Ukraine and the usual showbiz stories dominating the Philippines news cycle. In the meantime, Paeng was growing and gathering more moisture in the air.

PAGASA started releasing weather bulletins about the typhoon by October 26, and coordinated with the Department of Interior and Local Government and Local Government Units (LGUs) in potentially affected areas. Pre-emptive evacuation instructions were given to several LGUs to protect and safeguard lives. What was missing in the weather bulletin issued by PAGASA was information on how the typhoon would impact river basins and flood plains at the southern part of the Philippine Archipelago.

Typhoon Paeng was tracked to enter the Philippines at the upper (northern) part of the archipelago. The southern part would experience what the weather report called as “rains caused by a lateral wind shear” caused by Typhoon Paeng in the north. This was the flaw in the report. Technical jargon was used to inform people in Mindanao about the impact of Typhoon Paeng. PAGASA and even decision makers had no way of knowing how much rain would fall, and how this would impact areas near the marshes and the rivers located on the flood plain. This jargon was dismissed by local decision makers who went on with business as usual.

What was missed in the report was the map created by the Mines and Geosscience Bureau of the Department of Environment and Natural Resources that is available on the Geohazard Hunter website (hazardhunter.georisk.gov.ph/map). The map posted on the website shows the whole Cotabato Flood Plain that covers Lake Buluan, Ligawasan Marsh, Allah River and Pulangi River as all draining towards the BARMM area with Cotabato City as the outfall location. You can go to the hazard hunter website and check this information for yourself.

When Paeng started to hit land up in the north, the rains in the south started to fall hard all-over Southern Mindanao. So much rain fell in waves starting late afternoon of October 27 until the morning hours of October 28. PAGASA or any other government agency has no way of recording how much rain fell that day because government has only three rain gauge stations with assigned observers. All of these rain gauges are located at airports – Cotabato City Airport, General Santos City Airport and Davao City Airport. There are no rain gauges with dedicated observers on river catchment areas.

The rains that fell on the largest river basin in Mindanao, all drained towards the BARMM area that eventually drained to the sea at Cotabato City. The destruction experienced by residents of BARMM will be the “normal” for the Cotabato Flood Plain.

Typhoon Paeng and all the other incoming typhoons will cover the whole country. Rains in Mindanao cause by wind shear as a result of a typhoon in the northern part of the Philippines will become the normal. The government of the Philippines and local decision makers will have to accept this one fact – our global climate has changed. We now live on a constant emergency situation. There will be no going back to the past. Climate risk assessment has to be part of every Local Government Units plan consideration. Private enterprise will also have to factor that into proposed developments.

What happened in the south poles has dramatic impact on the Philippines, and that is already being felt here – now.

(MindaViews is the opinion section of MindaNews. EnP Patrick Jerome S. Guasa is a Licensed Environmental Planner. He is the Immediate Past President of the Philippines Institute of Environmental Planners SOCCSKSARGEN Chapter. He also represented PIEP at the City Development Council of General Santos City, and is actively engaged with the private sector in establishing their proposed developments in Southern Mindanao. He is also assisting LGUs in Region 12 in drafting their Disaster Response Plans and Investments. EnP Guasa is also a Public Private Partnership proposal preparer and currently represents an investment fund that is actively engaged with two cities in Region 12.)