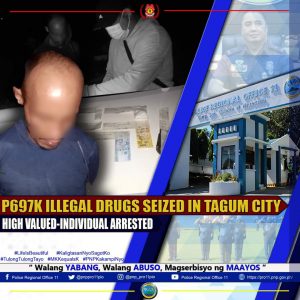 LAW ENFORCERS seized about P600,000 in shabu during a raid in Tagum City, Davao del Norte, on October 17.

The police report identified the suspect as Russel Pinton Sardido who was collared when he tried to sell a sachet of shabu to a police agent.

Also seized from him was 102.5 grams of suspected shabu with an estimated value of P697,000, a weighing scale, and a motorcycle.