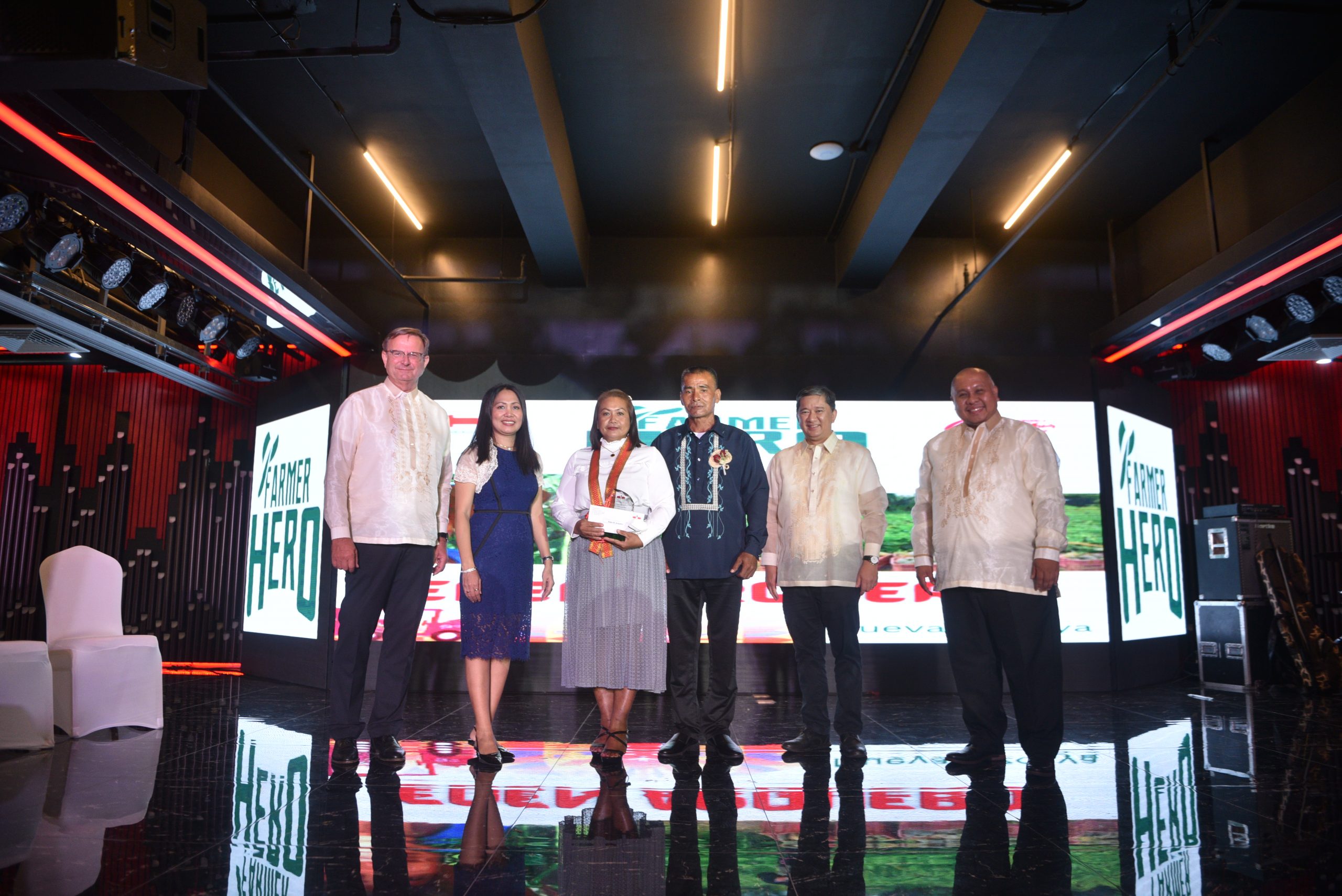 The 40 “farmer-heroes” from Luzon, Visayas, and Mindanao were recognized by East-West Seed for achieving success in vegetable farming, making significant contributions to their communities, and demonstrating innovativeness in adopting new technologies in farming.

“At East-West Seed, we believe that the farmers are our heroes. Because of their hard work we have something to eat every day. We want to give our farmers the honor and recognition that they truly deserve,” shared Jay Lopez, East-West Seed Philippines’ General Manager.

The company also sees these 40 farmer-heroes as role models to other people in showing how vegetable farming can enrich lives.

Lopez said that through the farmer-heroes’ success stories, they hope to inspire others to choose vegetable farming as their careers.

Aside from the company’s top varieties that have helped increase the income of farmers for many years, the demo field also included exciting and unique vegetable varieties such as Morado purple corn, Sophia butternut pumpkin, and Ilocana short ampalaya.

Most of our vegetable seed varieties are bred here in the Philippines to ensure that they will grow well under our country’s growing conditions, address Filipino farmers’ needs, and suit the taste and preferences of the Filipino consumers. Our varieties also give higher yield and are more resistant to pests and diseases,” shared Lopez.

Stories of farmers, the latest innovations in seed technology and East-West Seed’s first museum that depicts the company’s history for over four decades were also showcased during the event.

East-West Seed was founded in Lipa City, Batangas in 1982 by Filipino seed trader Benito Domingo and Dutch seedsman and World Food Prize Laureate 2019 Simon Groot. The company has expanded to 14 other countries in Asia, Africa, and Latin America and has served over 23 million farmers worldwide.

“The world will need an additional 730 million tons of fruits and vegetables by 2050 with the predicted population growth. We need to help our smallholder farmers and encourage more people, especially the youth, to go into the agriculture sector to meet this growing food demand, ” said Lopez.

East-West Seed introduced market-oriented plant breeding in Southeast Asia in 1982. Smallholder farmers, who ensure 85% of the world’s food production, are the company’s main clients. When Dutch seedsman Simon N. Groot and Filipino seed trader Benito M. Domingo founded the company in Lipa City, Batangas, Philippines, they set out to improve the income of smallholder farmers in the tropics through high-quality vegetable seeds.

East-West Seed is also actively involved in farmer training and extension to equip farmers with knowledge and skills in profitable and sustainable vegetable production.

In 2016, East-West Seed was ranked #1 in the “Global Index for Vegetable Seed Companies” and “Regional Index for Eastern Africa” by Access to Seeds Index (ATSI), a part of the World Benchmarking Alliance. The company maintained its #1 ranking in the 2019 Global and South and Southeast Asia Indices. ATSI measures the efforts of global seed companies in enhancing smallholder farmers’ productivity.

In recognition of his efforts in bringing vegetables to the forefront of the fight to improve global nutrition and health through his company, Simon Groot was awarded the World Food Prize in 2019. East-West Seed was also ranked at number 28 in Fortune’s 2020 “Change the World” list of global companies that are “doing well by doing good”.

East-West Seed is currently one of the ten largest vegetable seed companies in the world, with a leading position in most Southeast Asian countries and rapidly expanding in India, Africa, and Latin America.