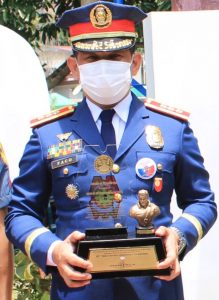 The police office, headed by Col. Benedicto F. Faco, was chosen from among the provincial police units in the region based on its performances in upholding the Philippine National Police mission in enforcing the law and preventing crimes.

Faco said the award has brought pride and honor to the men and women of the police station as it was also reflective of the strong cooperation among the stakeholders of the province, including its residents.

” The award further guarantees that the PNP personnel DDOPPO puts premium on excellence in its performance to provide the public with the best services,” he said as he commended all those who contributed to make the provincial police office earn the recognition. 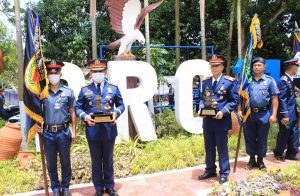 During the activity, the revitalized PNP Kasimbayanan was also launched with a theme “Matibay na Ugnayan ng Pulisya at Mamamayan, Tungo sa Pagkakaisa, Kapayapaan, at Kaunlaran.