THE VICE Mayor’s Office Mobile Vaccination Team, together with the councilors of the 20th Davao City council, has already scheduled mobile vaccinations in the three districts as part of their contribution to the intensified drive against the COVID-19 virus. 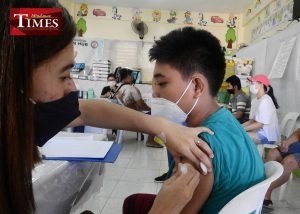 The councilors have started their mobile vaccination in the different barangays as early as August 3, 2022.

For the whole month of August, the councilors of the 20th Davao City Council have set their schedule as follows:

For the second district, Councilor Richlyn Noval Justol-Baguilod has scheduled a vaccination drive on August 13 at the Amparo Homes Gym, Barangay Ilang; August 20 in Barangay San Isidro; and August 27 in Barangay Bunawan Proper

Mary Ann Fernandez, technical adviser on public affairs of the Vice Mayor’s Office Mobile Vaccination team, said during the media forum that before the rollout, barangay officials must also utilize a recorrida to announce the mobile vaccination rollout.