THE PHYSICIAN involved in the killing of a 19-year-old student posted bail for a homicide case at City Hall of Justice on Thursday morning, July 21.

A non-uniformed personnel and medical doctor of Police Regional Office 11,, who almwas accused in killing a 19 year old Amierkhan Mangacop, posted bail for a homicide case at the City Hall of Justice, on Thursday morning, July 21.

The City Prosecutor‘s Office has downgraded the initial murder charge to homicide for the killing of Mangacop on July 2.

In a statement, the family said that it is now official that Dr. Pepino has gotten away with murder.

In a 15-page joint resolution dated July 19 but released to media on Wednesday, the prosecutor’s office said no probable exists to charge Pepino for the crime of murder based on the evidence submitted by the investigating authorities.

The joint resolution was issued 17 days after the shooting incident and only three days after the National Bureau of Investigation (NBI)-Davao submitted its supplemental evidence to the city prosecutor last July 15.

Last July 4, police filed a complaint for murder against Pepino and violation of Section 31 of Republic Act 10591 or the Comprehensive Firearms and Ammunition Regulation Act.

The prosecutor’s office said that Pepino could not be charged for the crime without treachery and evident premeditation, the circumstances which would have qualified the crime as murder.

But it said there is probable cause to charge Pepino for the lower offense of homicide as there is no clear showing or clear evidence to rebut the presumption that there was intention to kill.

The prosecutor’s office said, “treachery was conspicuous in its absence as Mangacop and his companions were aware of the impending danger.”

“His group saw respondent fall, get up, and tuck his firearm on his waist prompting them to go away or retreat from respondent,” the resolution said.

It said that Pepino drew the “firearm and pointed it at them prior to the shooting is an indication that respondent did not intend his shooting to be unforeseen and unexpected.”

“In the shooter line of fire and bullet trajectory analysis by the NBI, the respondent most likely shot the victim hitting the latter’s front and while respondent was down and while he was ganged up on,” it said.

The resolution added that the shooting could not be considered “unexpected or unforeseen” as Mangacop’s group already knew that the suspect had a firearm.

The prosecutor’s office said the killing was preceded by a verbal and physical altercation between the parties.

“More importantly, the shooting cannot be considered as treacherous when the respondent was down on the ground after being ganged up on by several persons,” it said.

It added that neither was there an abuse of superior strength as the group of Mangacop was superior in number.

“Before, during and after the shooting of Amierkhan, respondent (Pepino) fought against an undetermined number of persons where Pepino was able to identify three of them. In the video, it can be seen that the respondent was jointly kicked, punched and stomped on by several persons,” it said.

The prosecutor’s office said Pepino identified Mangacop, Hassan Esmael, Faradz Singh, and Shuaib Malik as among those who allegedly assaulted him.

It added that Pepino did not deliberately “take advantage of, or abuse, his having a firearm during the fight as he was in fact in a disadvantageous position at the time he shot Amier.”

On evident premeditation, the resolution said, “there is no evidence to show that even prior to their meeting at Lugar Bar, respondent already planned to kill Amierkhan.”

It dismissed Pepino’s invocation of self-defense as it was him who went to Mangacop’s cousins and started the verbal altercation. 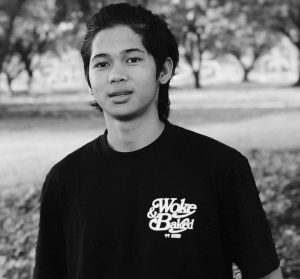 In a statement, the Mangacop family said they are outraged and shocked at the speed in which the City Prosecutor’s Office came out with a resolution and hopes this is the usual process for every case and not simply because Pepino is “rich and influential.”

Meanwhile, the Mangacop family has no idea how to celebrate the birthday of Amierkhan, who would have turned 20 on July 23.

“The family will discuss with our counsel our next move; in the meantime, we are asking for everyone’s prayers. We will continue to fight for justice for the murder of Amierkhan Pulalon Mangacop,” they said.

The family vowed to continue to fight for justice. (With reports from Mindanews)