Five barangays in the city were placed under low risk barangays from June 20 to 25.

Based on the barangay classification matrix, the low-risk barangays are 9-A, 34-D, Buhangin Proper, Maa, and Sasa. 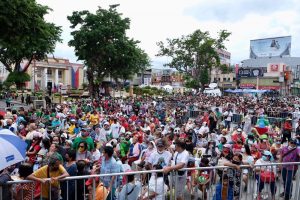 Meanwhile, the Inter-Agency Task Force for the Management of Emerging Infectious Diseases extended the Alert Level 1 classification of the city until the end of the month.

Moreover, the city government reiterated that wearing of facemasks in public places is still in place except when eating, participating in sports and similar events where the venues have adequate ventilation.