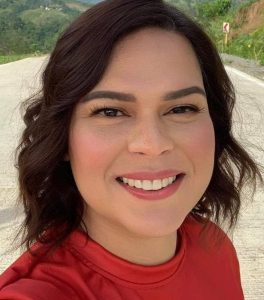 DAVAO CITY (MindaNews) – Local authorities will prepare a “multi-layered security plan” for the oath-taking of presumptive Vice President Sara Duterte to be held in front of City Hall along San Pedro Street here as the historic event is expected to draw around 20,000 attendees from different parts of the country.

Maj. Ma. Teresita P. Gaspan, the spokesperson for Davao City Police Office (DCPO), said in an interview on Davao City Disaster Radio (DCDR 87.5) on Tuesday that the security cluster will enforce stricter security measures to ensure the safety of the crowd as they expect a deluge of people attending the event.

She no perimeter fence, and a pavilion would be mounted to make it more convenient for the public to witness Duterte’s oathtaking. However, the arrangement makes it particularly challenging for authorities to control the crowd.

But Gaspan assured that security forces are ready to secure the venue, with DCPO receiving augmentation from the Police Regional Office (PRO)-Davao to maintain order during the event.

She said the local authorities have yet to meet to craft a multi-layered security plan, securing the “inner, middle, and outer layers” of the venue.

Gaspan said the city’s Public Safety Security Command Center would be at the helm of drafting the security plan together with other members of the security clusters during the coordinating conference.

She said backpacks, jackets, and bladed weapons will be prohibited at the venue on this date.

Gaspan said it remains uncertain whether outgoing President Rodrigo R. Duterte will attend his daughter’s oath-taking but added that if the President attends, the enforcement of the security plan will have to be coordinated with the Presidential Security Group.

On Monday, the outgoing mayor announced that she considered no other place but this city as a venue for her inauguration.

She said that a transition team was created to coordinate with the Office of the Vice President.