THE NATIONAL Commission on Indigenous Peoples (NCIP) issued a Cease and Desist Order (CDO) against the Kianteg Development Corporation (KDC) for its long due occupation and use without legal basis of a portion of the Kianteg-Pulangiyon Ancestral Domain (AD) located at Barangay Butong and Barangay San Jose, Municipality of Quezon, Province of Bukidnon. 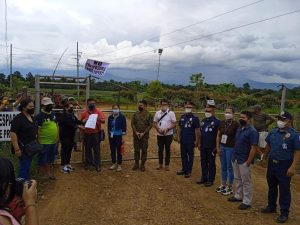 The Commission en Banc (CEB) in its Special Session last 27 April 2022, authorized NCIP Chairperson Allen A. Capuyan to issue the said CDO against the KDC in order to put a resolution once and for all, the long plight of the Manobo-Pulangiyon Indigenous Cultural Communities/ Indigenous Peoples (ICCs/IPs) in their AD claim.

Based on the documents presented before the CEB’s consideration, the Manobo-Pulangiyon’s AD claim is originally a portion of the Certificate of Ancestral Domain Claim (CADC) No. R10-CADC-135 which was issued by the Department of Environment and Natural Resources (DENR) on June 5, 1998, giving the Manobo ICC a recognition of their claim in accordance with the provisions of the Constitution and relevant laws of the Philippines.

Under the said CADC No. R10-CADC-135, a special provision is provided under Section III, Other Special Conditions (B) which states that an area of 1653 hectares (the additional area) indicated in an attached map, shall be incorporated into the CADC area upon the expiration of the existing DENR contract, licenses or permits within the additional area unless such contracts, licenses or permits are sooner revoked or canceled and such incorporation shall take place without the need for further application or processing. 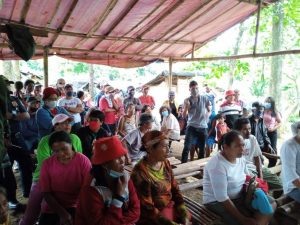 Subsection (D) of the same Certificate says pursuant to DENR Administrative Order (DAO) No. 93-02 and the Indigenous Peoples’ Rights Act (IPRA), contracts, licenses, or permits issued over the CADC area shall not be renewed without the Free and Prior Informed Consent (FPIC) of the recipients.

Considering that there is an application for the delineation of the Manobo-Pulangiyon AD with the NCIP and that there was a completion of submission of proofs, conduct of perimeter survey, map validation, and publication with no opposition from adverse parties, the NCIP deems it best to implement the recognition of the Manobo-Pulangiyon’s right to ownership over their AD which was well established by their native title and time immemorial possession. And part of that implementation is to deliberate the removal of any party who, without legal basis or in the absence of FPIC, continues to occupy and utilize the ICC/IP’s AD to the disadvantage of the latter’s rights.

Considering further that the KDC has been well notified of their loss of the right to continue occupying the portion of the domain by virtue of the expiration of the FLGMA 122, and repeated attempts were done by the NCIP to the KDC to show cause why they should not be removed from the lot through the service of a Notice to Vacate or the issuance of an invitation for dialogue, all of which were unheeded without justifiable reason by the KDC, the CEB has no recourse than to authorize the issuance of the CDO so that the rights of the Manobo-Pulangiyon ICCs/IPs to their domain will finally be realized. Hence, the Resolution of the CEB authorizes the chairperson of the NCIP to issue the CDO.

A series of meetings were conducted with the members of the Joint Regional Task Force to End Local Communist Armed Conflict (JRTF-ELCAC) X on 28-30 April 2022 to come up with a collective action of the Government so that the injustice inflicted upon the Manobo-Pulangiyon ICC/IPs which they have endured for years, especially in the shooting incident that happened on 19 April 2022, will be corrected.

NCIP hopes that KDC will abide by the Order, otherwise, enforcement of the CDO will be fully implemented by the JRTF-ELCAC X.