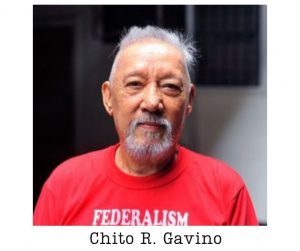 “YOU may be able to fool some people at a time but you cannot fool them all the time.” (A Proverb)

Russia`s President Vladimir Putin was able to fool the Crimean people in 2014, but miserably failed to fool the Ukrainians this time. Putin underestimated the Ukrainians and dared to invade Ukraine thinking that he can easily overcome them. He was completely wrong and is now in a dilemma on how to end the war he foolishly started.

Per info, Putin thought that he can forcefully annex Ukraine like Crimea without sweat. He miscalculated his “gambit” and is currently confused in the “end game.”

Assuming, Putin will be able to level Ukraine to the ground with his genocidal bombings, he will NEVER capture the Ukrainians fighting spirit. In the end, good will win over evil. Russians will kick Putin out of power and he will face the International Criminal Court for his “war crimes”. This is Gavinodamus’ prophecy. This is the only way for the Russian people to regain their dignity and honor globally. At present, Russia faces the ire of all freedom-loving nations.

Putin’s evil plan is for Ukrainians to give up their independent status and be under Russians’ rule again by changing Ukraine’s Constitution. Ukraine used to be under Russian rule. Based on Ukrainians’ sad experience they, then were treated as third class citizens, abused and exploited by previous Russian leaders. “Ano si Putin, sinusuwerte?!”

What about global “Nuclear Warfare”? Per U.S. President Biden, “don`t worry about this. This will never happen.” We hope and pray that Biden is right. All will be losers in global “Nuclear Warfare”. However, we cannot un-estimate the stupidity of Putin. It was reported that this Ukraine – Russia confrontation is a “war Putin cannot afford to lose.” Ukraine President Selensky will disappoint Putin.

In the meantime, fighting between Ukrainians and Russians rages on. We expect that democratic nations will now extend more assistance to Ukrainians such as “Volunteer warriors”, attack drones”, jet-fighters, and humanitarian matters. In addition, of course,  more economic sanctions for Russia particularly to Russian oligarchs. The European Union must hasten Ukraine membership in said Union. Ukraine is also fighting for Europe.

“When Russia’s economy grew, driven by oil and gas revenues, Putin allowed the wealth to concentrate in the hands of politically connected oligarchs rather than investing broadly in the talents of the Russian people and the country’s infrastructure,” explained Clinton. Similar things are happening in the Philippines although we don`t have oil and small gas revenue. Consumerism and OFW`s earnings are what drove our exclusive economy.

What lies ahead for Russia under Putin? Russian supporters of Putin now use the letter “Z” a symbol of Russian military victory by massacring Ukraine civilians. They appropriately deserve the numbers 666, if you ask me.

“All of the reassert Russia`s power by dominating its neighbors and controlling their access to energy, helps explain why Putin first pressured Ukrainian President Viktor Yanukovych to walk away from closer ties with the European Union late in 2013, and why, after Yanukovych’s government disintegrated, Putin invaded and annexed Crimea. If Putin is restrained and doesn`t push beyond Crimea into eastern Ukraine, it will not be because he has lost appetite for more power, territory, and influence”.

Obviously, Putin’s invasion of Ukraine shows that “he has not lost appetite for more power, territory, and influence” and money. Putin`s ambitious vision is “Greater Russia” which unnerved his neighbor and conjured up bad memories of Soviet expansionism or imperialism. This Vision is turning into a nightmare!

Per Clinton, “Putin was deeply resentful of the U.S. and suspicious of U.S. action.” There is no real democracy in Russia. Its Parliamentary elections were full of frauds courtesy of Russian oligarchs. Currently, Putin rules Russia with iron hands.

Like Hitler, Putin’s propaganda machinery feeds his people with fantastic distorted and false news. He knew that lies when repeated often enough will soon be regarded as truth. Russians wake up! Don’t play victims of fake news.

May God save the Ukrainian people, convert Russians and bestow us world peace.

YES TO NEW “MARSHAL PLAN” FOR UKRAINE! SHAME ON PUTIN FOR CREATING A GLOBAL HUMANITARIAN CRISIS! Are the Russians proud of Putin? “Dapat putulin ang ______ni Putin! Fill the blank.