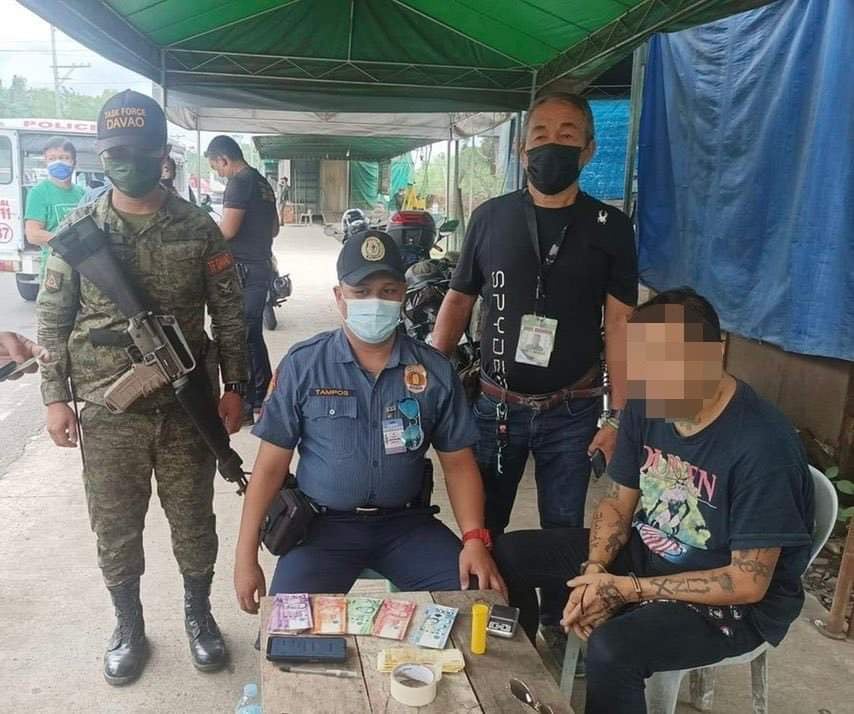 MORE THAN P800,000 worth of shabu was confiscated from an alleged drug dealer while passing through the Task Force Davao checkpoint in Barangay Sirawan, Toril District on Tuesday, March 29.

Authorities identified him as Hidorick M. Aguilon, 39, single, and a resident of Phase 1, SIR New Matina.

According to the report, the suspect was on board a Public Utility Van (PUV) going toward Davao City when inspected with two bulky sachets of illegal drugs that weigh more or less 50 grams, along with P31,680 money.

Task Force Davao commander Col. Darren E. Comia lauded the joint security forces of Davao City for the arrest. “Indeed, the catch is a manifestation of the alertness and vigilance of our troops,” Comia said.

The commander likewise warned that “contrabands and other illegal items are not welcome in Davao City. Stay away from illegal activities or else end up in jail,” he added.

The suspect was immediately turned over to the Toril Police Station for proper disposition.