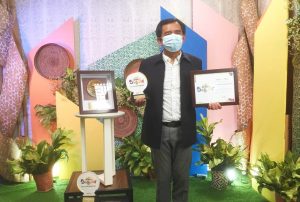 THIRD largest electric distribution utility in the Philippines and AboitizPower subsidiary, Davao Light and Power Co., Inc. was commended by the City Government of Davao as one of the 2021 top ten business taxpayers of the city during the recently held Pasidungog: Garbo sa Davao, an awards ceremony in celebration of the 85th Araw ng Dabaw.

The plaque of recognition was received by Davao Light‘s President and COO Engr. Rodger S. Velasco. The company was also given a Certificate of Appreciation as recognition for its contribution to the programs and growth of Davao City for the year 2021.