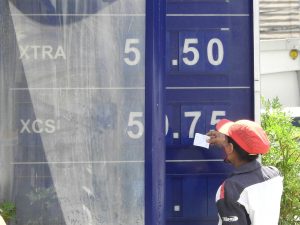 DAVAO CITY (MindaNews) — Electricity rates in Mindanao are expected to increase following the outbreak of the war between Russia and Ukraine affecting the global supply of diesel and price movement of coal in the global market, Mindanao Development Authority (MinDA) assistant secretary Romeo Montenegro said.

Montenegro told MindaNews on Friday that majority of Mindanao’s generation mix comes from fuel sources, particularly diesel and coal, which are easily affected by external factors such as market volatility and fluctuation in foreign exchange.

According to the data released by MinDA, Mindanao has a total system capacity of 2,751 megawatts (MW).

Montenegro explained to MindaNews on Saturday that 21% hydro refers to “available capacity at the time of reporting.” He said some plant units are on maintenance shutdown but in terms of installed capacity, hydro is at 25%.”

Mindanao used to depend on the hydro power plants for 70% of its power needs.

Montenegro said the Agus-Pulangi hydro power was “around 55% in 2010, and together with Mt. Apo Geothermal and some biomass, made up 70% of renewal energy in Mindanao mix during that time.”

A series of fuel price hikes has been implemented as a result of the Russia-Ukraine crisis.

Montenegro said this is the downside reality of a grid, which is heavily dependent on fuel sources.

He said the cost variations for fuel spikes are recovered by power industry players through Generation Rate Adjustment Mechanism (GRAM) and passed on to electricity consumers.

To address similar problem in the future, he said MinDA is “promoting accelerated renewable energy deployment” under the “distributed generation strategy,” which “promotes greater local participation, along with local government units and local electric coops or distribution utilities opting to have the renewable energy power projects as embedded generation.”

Montenegro  said that as of March 17, most units of Agus Hydro Power Complex and Pulangi IV are in normal operation, except for Agus 6 Units 1 and 2, and Pulangi IV Unit 1 which are under planned shutdown for preventive maintenance this month.

Majority of the hydropower source of the island comes from the state-run Agus-Pulangui Hydroelectric Power Complex, comprising seven hydroelectric plants such as Agus 1, Agus 2, Agus 4, Agus 5, Agus 6, and Agus 7 in the Lanao provinces and Pulangui 4 in Bukidnon. (Antonio L. Colina IV / MindaNews)