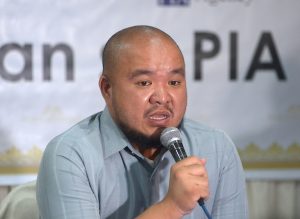 SENATOR Grace Poe has advised Gov. Jayvee Tyron Uy to join in the discussion of the plan to transfer the franchise area of the North Davao Electric Cooperative (Nordeco) to Davao Light and Power Co. (Davao Light).

“Davao Light kausapin na ninyo si Governor Uy,” as she said that if the power utility can assure better service to the rest of Davao del Norte, “Congress (is) willing to listen (for) possible solution” of expanding the company’s reach to Davao de Oro if it “could provide better service”

Poe’s advice came out after Uy said the Davao de Oro provincial government was not included in the discussion of the proposal even before it was approved in the House of Representatives.

“I am just protecting our people,” Uy said as he cited Nordeco’s claim that if the province is the only area under its franchise, the rates will drastically rise.

She added: “The role Congress is to make sure that those granted (with) the franchise is (sic) capable of providing the service that the clients (of what they) deserve which is uninterrupted power, capable service.”

She pointed out that it is “not logical to maintain the status quo” if the provider of services is inefficient and that the rates are high.

Officials of Davao del Norte, headed by Gov. Edwin Jubahib, have urged Congress to pass the proposal so that the entire province is placed under the franchise of Davao Light which now serves Panabo City and the towns of Sto. Tomas, Carmen and Braulio Dujali.

Jubahib, who was among the officials who were present during the public hearing, said the provincial government and the municipal governments came up with petitions to replace Nordeco with Davao Light because they have been deprived of better service.

Uy said he understands the sentiments of the local officials of Davao del Norte, however, he said, he also wanted to protect the welfare of his constituents and the development of his province.

When asked by Poe on whether the Aboitiz utility will be willing to expand to Davao de Oro, Rodger Velasco, Davao Light president, said the company “is open to discussing to expand farther” to the province.

Velasco explained that it heeded the call of the LGUs of Davao del Norte, its business sector and other groups to assume the role of being the power utility of the province because they submitted resolutions and position papers.

He said the utility operates in its franchise area with a “non-monopolistic” mindset as it continually improves its services at affordable rates.

He said its rates, which are about P3 lower than that of Nordeco, are based on the value-chain of supply, not only distribution rates “so that the bottom line (is) that (what) we deliver to our customers is cheaper (electricity).”

Senator Franklin Drilon also torpedoed the argument of those opposing the proposal that Congress cannot allow the takeover of the franchise area based on the provision of the Electric Power Reform Act of 2001.

Drilon, a lawyer, said that Congress has, based on the Constitution, the power to grant and revoke a franchise

“The power of Congress is defined in the Constitution,” Drilon said, pointing out that the argument cannot stand because the authority on the franchise is within the prerogative of Congress.