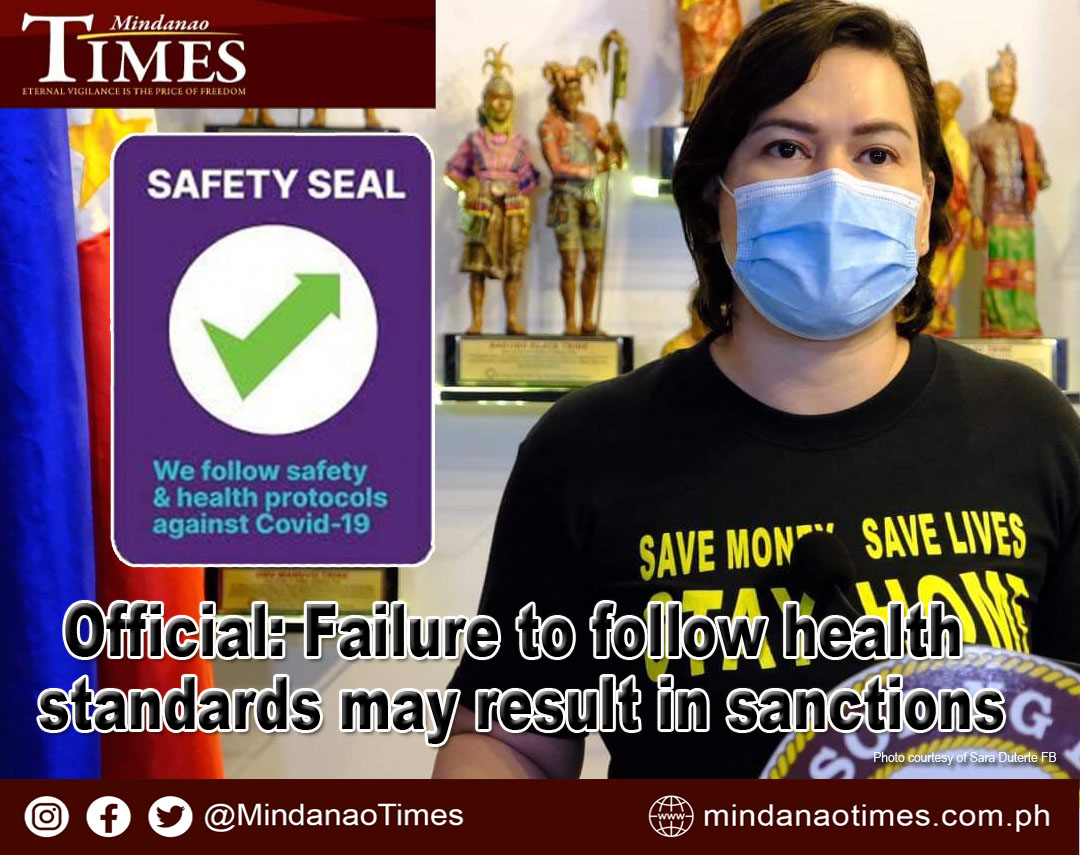 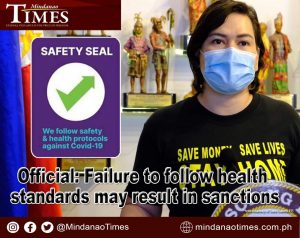 Under Executive Order Number 3, which Mayor Sara Duterte signed on January 31, the city government is implementing the safety seal program to ensure that consumers both of business establishments and offices are protected from getting infected with COVID-19.

“Establishments found to have misrepresented their compliance with health standards may be subject to the appropriate sanctions including suspension of operations until corrective measures are undertaken,” said the executive order as the seal, which will be free of charge, is to be displayed.

However, private establishments without business permits will not be granted safety seals as the public is also empowered to report establishments that do not comply with the health standards.

The city government said it is encouraging all establishments in the city to secure the safety seal as this is also required under the Joint Memorandum Circular 21-01, a circular that spells out the guidelines for the safety seal certification which is jointly implemented by the Departments of Labor and Employment, Health, Interior and Local Government (DILG), the Department of Tourism (DOT), and Trade and Industry.

Under the circular, the program assures clients of offices covered by it that these comply with  minimum public health standards so that the economy can slowly recover.

Issued on May 12, 2021, it also pointed out that the DILG is tasked with crafting the guidelines and that local government authorities are the ones that issue the certificates and the seal.

Covered by the program are private business establishments, selected public places, and other offices, including malls, wet markets, and other retail stores; restaurants, fast foods, coffee shops, eateries except for those inside hotels/resorts; banks, pawnshops, money changers, and remittance centers; car washers, laundry service, and centers; art galleries, libraries, museums, and zoos; sports centers, gyms, spas; tutorial, testing, and review centers; cinemas and arcades; and all other private establishments not covered by the other issuing agencies.

In the city government, the Business Permits and Licensing Division is the lead office and its chair with the Davao City Inspection and Certification Team (DCICT) as the issuing team for the safety seal certificate.

The team is mandated to implement the program based on the DILG Memorandum Circular No. 2021-053 which provides the checklist for the required health standards, including the setting up of the website and other requirements.