FROM THE MAIL | Lessons from the Holocaust 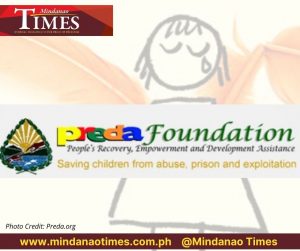 WE need to reflect upon ourselves, our species. We, humans with reflective intelligence and knowledge of higher values, must urgently strive to be better human beings. Working together, we can change the world by teaching truth and honesty, giving good example and sharing knowledge and do good for our neighbor and by virtuous living.

By living and sharing the values of what is just, true and right, virtuous people can live in peace with each other. If a majority of people will live a virtuous life where equality and human rights and dignity are universally respected, it can be a world at peace with prosperity shared equally.

January 27 is Holocaust Memorial Day that marks the worst mass murder, the genocide of more than six million Jewish people and others. It happened across Europe from 1933 to 1945 when the Nazi political party came to power in Germany led by Adolf Hitler.

The holocaust was an almost indescribable implementation of a diabolical plan of the greatest evil to erase from the earth the Jewish people and others that the racist party under Hitler deemed to be sub-humans and marked for elimination by planned mass execution.

What is evil but the total absence of good, seen through the actions of people without conscience, without moral or spiritual values, with no respect for the rights and dignity of other humans. They have no belief in what is morally right and wrong and consider themselves above any law and kill others with impunity.

As in the past, evil is with us every day. Good people of virtue must unite to defeat evil or it will defeat us. We learn of this evil by observing the present and remembering the past. In several countries today, mass murders and genocides are taking place. Blameless people are shot and murdered by agents of state with impunity and depraved malice.

The special day, 27 January, is when we recall the horrific mass murders of recent history, only seventy years ago. We honor and remember the victims and survivors of the most horrific evil genocide, the Holocaust when six million Jewish people and a million more of other groups were executed, abused, violated, exterminated in the most heinous ways devised by evil-minded Nazi people. There are today small groups of Neo-Nazi gangs that are white supremacists that abuse with racist words and acts of violence against immigrants and people of color in Europe and the United States.

The memorial is held to honor and uphold the dignity and memory of the millions who were brutally killed. Their human rights were stripped from them. They were arrested, robbed, abused, jailed and driven like cattle to the slaughter. They suffered greatly and died after torture, execution, and a million gassed to death in crowded gas chambers.

This massacre was perpetrated by the German Nazi regime under the killer and murderer Adolf Hitler from 1933 to 1945. The brutal murder of six million Jewish people and millions of others killed in the “Final Solution” was devised by Hitler to rid Europe of the Jewish people whom he hated. His fanatical racism knew no limit. He falsely believed the German Aryan people were the supreme and purest of people and all others were branded as inferior degenerates and had to be exterminated. The industrial power of Germany was mobilized by the dictator Adolf Hitler, a fanatical leader of Germany, who was elected to power by 44 percent of the vote and had a strong following. Yet, millions of good Germans rejected him and opposed his regime.

The Nazis built a total of 25 concentration and execution camps and sub-camps all over occupied Europe and in Germany for their evil purpose. Auschwitz is known as the most notorious. At least one million Jews were gassed or beaten or shot to death at this camp in Nazi-occupied Poland. In other camps, the killings went on. Between 870,000 and 925,000 people were killed at Treblinka in Poland; 170,000 died at Sobibor. At least 152,000 were murdered at Chelmno, and about 434,500 Jews were killed at Belzec. Almost all were in occupied Poland. In all, about 6 million Jews and millions of others died in the Holocaust. The teenager Anne Frank was imprisoned in Bergen-Belsen camp and died of sickness just before the liberation. Her famous diary tells of her life in hiding and in the camp. www.preda.org

Published in FROM THE MAIL

Admin
More from FROM THE MAILMore posts in FROM THE MAIL »
WP Twitter Auto Publish Powered By : XYZScripts.com