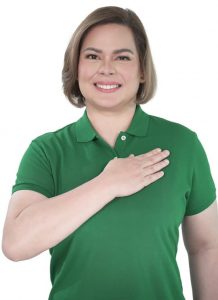 MAYOR Sara Duterte said the newly-opened Mental Wellness Center would become the go-to place for mentally-challenged homeless residents and will also help them find ways to face their problems.

At the opening of the center on Friday, the mayor said the office, which was built with a P26 million funding and is located at the  SPMC-IPBM Compound in Claro M. Recto St., is a facility for these residents as it serves also as an outpatient counseling service center.

“The establishment of the Davao City Mental Health Center for the homeless is a welcome initiative of the local government not only to provide a comfortable refuge for our homeless and mentally ill residents but also to address the stigma surrounding mental health and raise awareness in the community,” said the mayor as she praised those behind the project.

She expressed optimism that the project would inspire residents of the city to help one another in facing challenges, including maintaining health wellbeing, including their mental health.

She also expressed her gratitude to Rep. Claudine Bautista of Dumper partylist for helping the city in the implementation of the project, particularly in securing the fund.

Dr. Annaliza Malubay, center head, said the facility, considered the first of its kind in the country, is another achievement for the city. “This facility was created because our local government saw the need for a shelter that caters to those psychotic vagrants or sa mga mentally challenged na latagaw, especially during the pandemic. Although our city has existing shelters for the homeless we cannot just integrate our clients with them because of their special needs and kining mga special needs nila mao ang gihatagan ug pagtagad sa atong local government,” Malubay said.

She added that the city will not provide shelter to those who need it as it will “have to make them (the mentally-challenged homeless) feel safe and protected.”

“Hopefully, in the near future, we will be able to establish livelihood programs and other services both medical and non-medical that can benefit not only admitted clients but also outpatients,” she added.