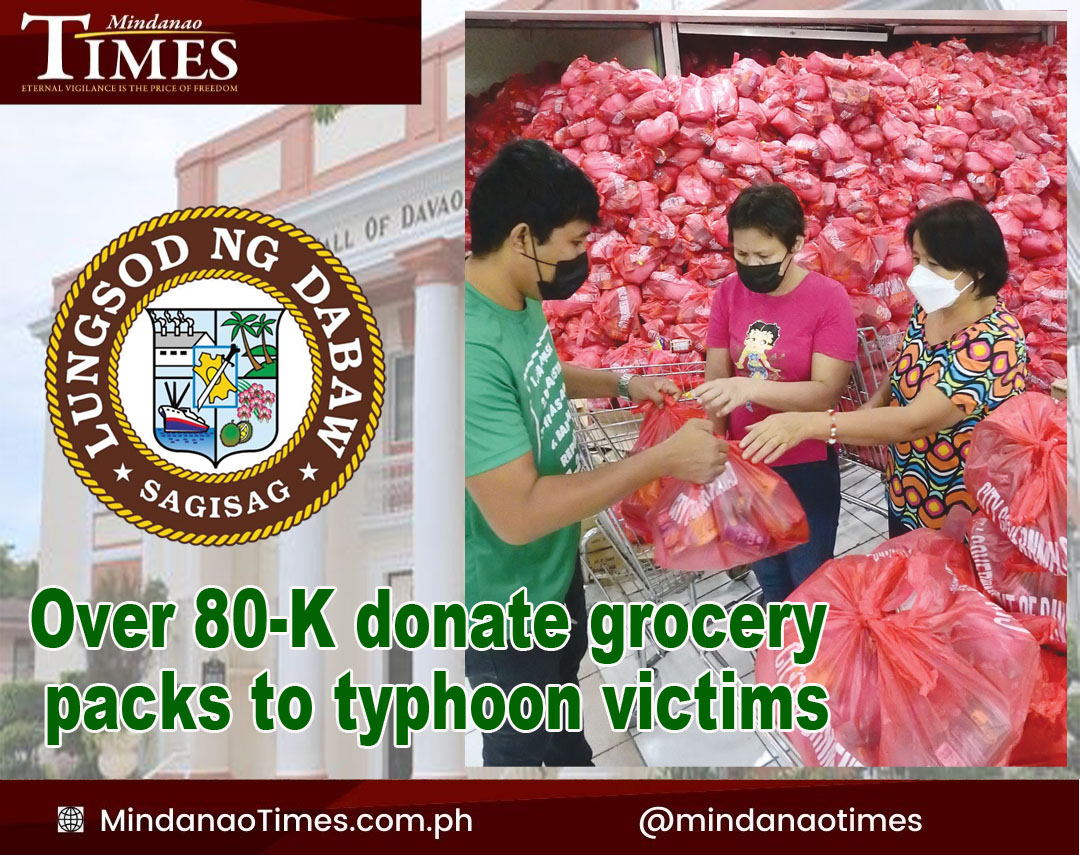 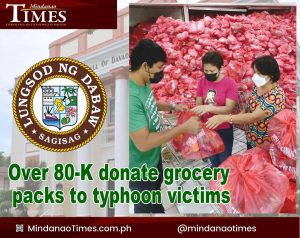 MORE THAN 80,000 Davaoeños donated their grocery packs from the city to the families affected by Typhoon Odette through the SafeDavao QR donate button.

In her weekly Special Hour on the Davao City Disaster Radio, Mayor Sara Duterte said that 80,434 city residents made the donations, while a total of 97,997 claimed their grocery packs from the respective distribution centers.

She also reminded those who wanted to donate or claim their grocery packs can do so until Jan. 31, 2022.

Besides the in-kind assistance, the city has already extended financial assistance amounting to P9.9 million to affected areas.