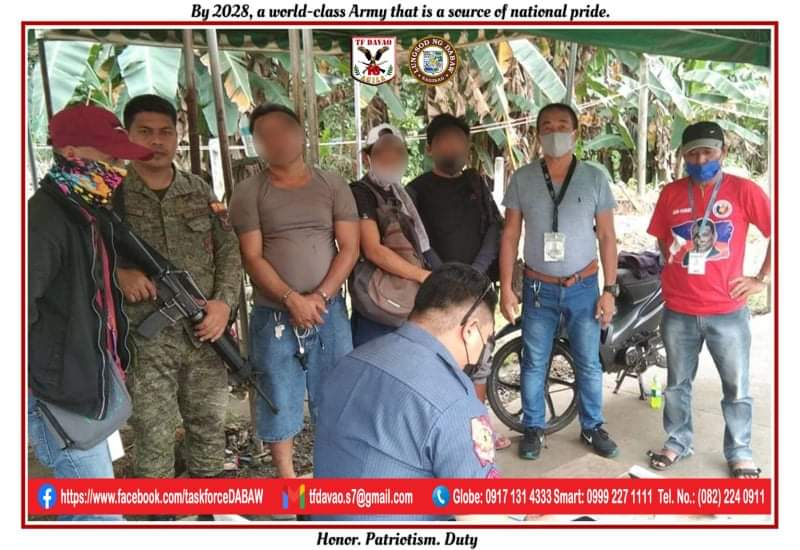 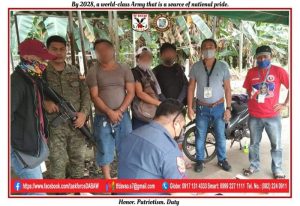 THREE individuals were arrested by elements of Talomo police in a buy-bust operation conducted in Dumalag 2, Matina Aplaya at 9:30 p.m. on Dec 23.

The operation also led to the recovery of several sachets of suspected shabu with an estimated street value of P80,000.

Also, a .38 caliber revolver with ammunition was recovered from the possession of Ferdinand Magallanes, the report said.

The suspects are now detained in the Talomo station as the charge is being prepared against them for violating R.A 9165 (Comprehensive Dangerous Drugs Act of 2002) and R.A 10591 (Illegal Possession of Firearms).

Logronio said, “We will continue to target those causing most harm and devastation in our community.”

“The seizure of the firearm, ammunition, and a sizable quantity of illegal drugs will, we believe, contribute to the disruption and proliferation of illegal drugs in the city that we continue to target, for the purpose of keeping our communities safe”, Logronio said.