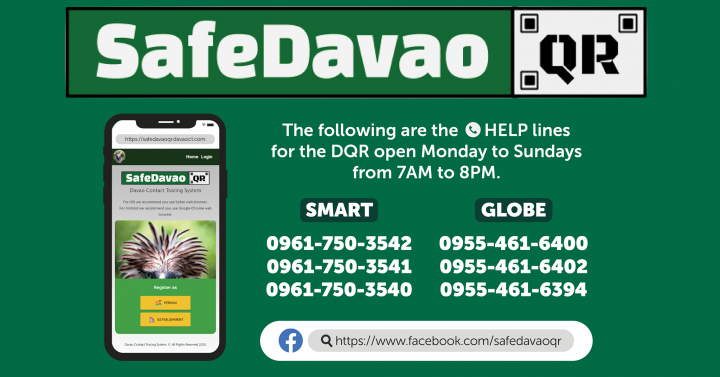 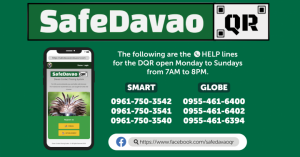 Speaking over Davao City Disaster Radio (DCDR 87.5) on Wednesday, Lemuel Ortonio, head of the city government’s Human Resource Management Office said the software developers are doing all they can to roll it out in the earliest possible time.

Ortonio was responding to demands for this new feature. He said the proposal was discussed by the development team, which is now “looking at the best possible way on how to incorporate it.” He added that once the feature is launched the city government will announce it.

He said the city has prepared almost one million grocery food packs, of which 36,000 have been claimed since December 8. Each pack consists of assorted canned goods, three kilos of rice, and spaghetti pasta. Last December 6, Mayor Sara Duterte announced that the city government will distribute grocery food packs to residents of Davao City through the DQR system.

“We are expecting since dugay na ta nagagamit og DQR – more than one-year na, ang mga tao kabalo na sila mogamit. (We’re expecting that, since we’ve been using DQR for a long time now – more than a year already – that the people already know how to use it.

So everyone will receive their grocery packs through their DQR,” Duterte said. The “Safe Davao QR” system, which is made available to residents, non-residents, and establishments including all private and government offices, was launched in November 2020 to hasten the contact-tracing system and prohibit non-essential movement of people within the city as a measure against COVID-19.

During its early phase, the DQR system encountered technical glitches, including issues on privacy, forcing the city government to postpone its mandatory use at establishments to February this year. (Antonio L. Colina IV/MindaNews)