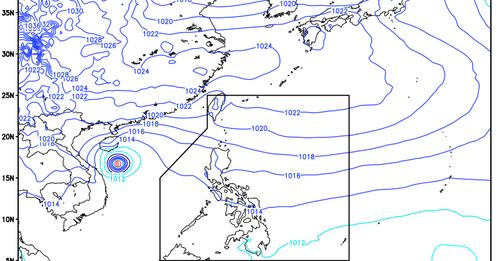 CDRRMO on alert for ITCZ impact

According to the Department of Science and Technology – Philippine Atmospheric, Geophysical and Astronomical Services Administration (DOST-PAGASA), in its Rainfall Advisory No.3 issued at 10:30 a.m. on Tuesday, December 21, light to moderate – to at times heavy rains with possible lightning and strong winds are being experienced over Davao City, portions of Davao del Norte, and portions of Davao del Sur and may affect nearby areas due to the ITCZ.

“The public and the disaster risk reduction and management council concerned are advised to monitor the weather condition and watch for the next advisory,” the advisory said.

Moreover, the CDRRMO said that the rest of Davao City is experiencing cloudy skies. All river systems are monitored and found to be within the safe level. The CDRRMO also monitored slight to calm seas in the city’s coastal areas.

Meanwhile, Baloran said that during the onslaught of Typhoon Odette, which wreaked havoc in some parts of Mindanao and Visayas, only minor damage was reported in the city although it is still affected by its trough.

He said that a landslide in Sitio Tinago, Matina Crossing happened, however, no injuries were reported.