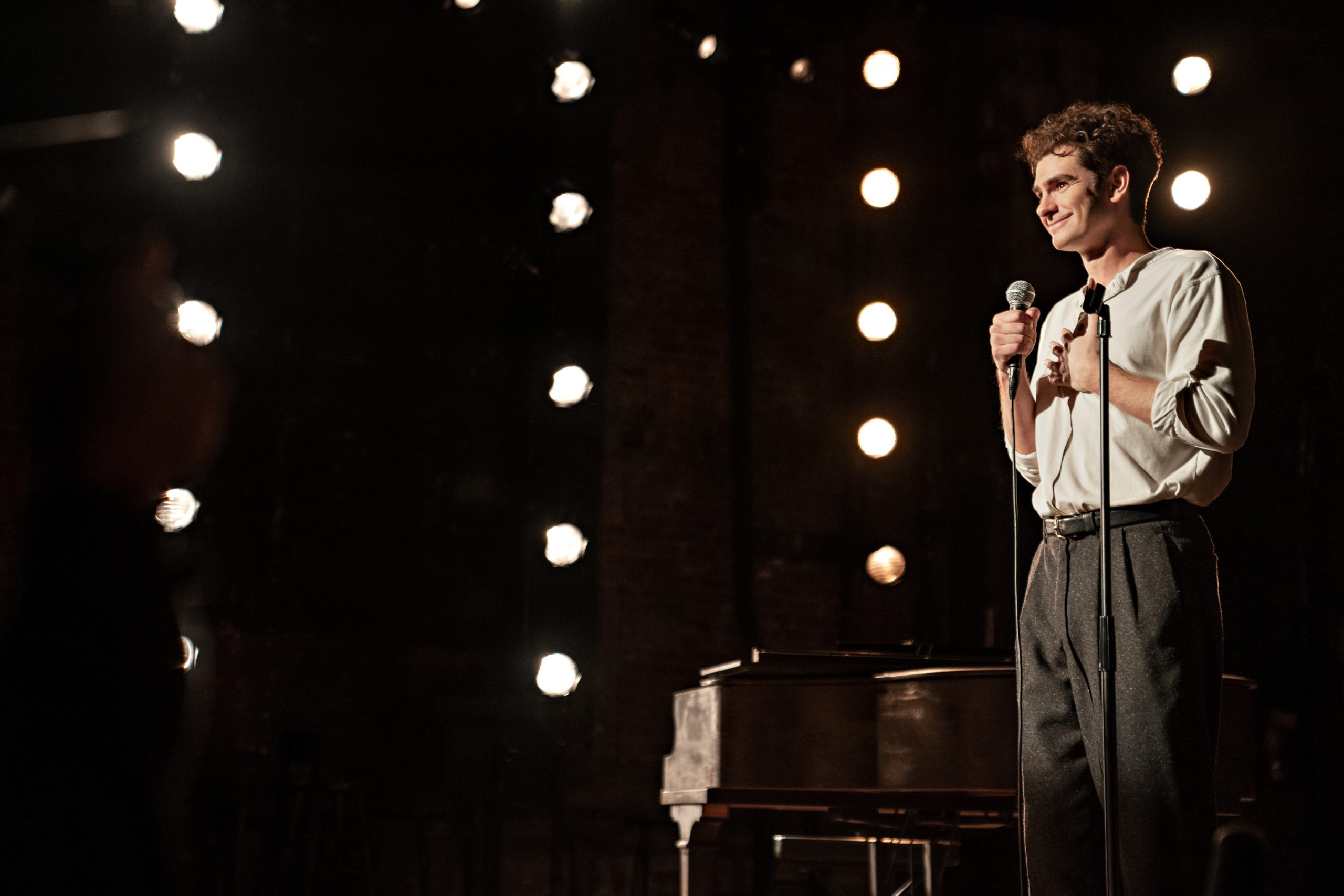 Rounding out the 17-track collection are 4 bonus numbers, including a special end credits reprise of “Come To Your Senses” featuring multi-Grammy®-nominated powerhouse singer/songwriter Jazmine Sullivan and a cover version of the previously unreleased Jonathan Larson song, “Only Takes a Few” performed by acclaimed folk band The Mountain Goats.

The soundtrack was produced by Grammy®, Tony® and Emmy® winners Alex Lacamoire and Bill Sherman along with Kurt Crowley, mixed by Grammy® winner Greg Wells and music supervised by Grammy® winner and Emmy® nominee Steven Gizicki. In addition to the digital release, the album is set to be released in physical formats, with its CD out now and vinyl arriving in 2022, which you can preorder here.

The film follows Jon (Andrew Garfield), a young theater composer who’s waiting tables at a New York City diner in 1990 while writing what he hopes will be the next great American musical. Days before he’s due to showcase his work in a make-or-break performance, Jon is feeling the pressure from everywhere: from his girlfriend Susan, who dreams of an artistic life beyond New York City; from his friend Michael, who has moved on from his dream to a life of financial security; amidst an artistic community being ravaged by the AIDS epidemic. With the clock ticking, Jon is at a crossroads and faces the question everyone must reckon with: What are we meant to do with the time we have?

16. Out Of My Dreams (Bonus Track) – Veronica Vasquez

17. Only Takes a Few (Bonus Track) – The Mountain Goats