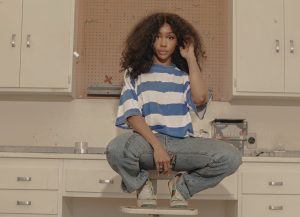 Initially released on an anonymous Soundcloud account this year along with “Nightbird” and “Joni,” the irresistible slow jam emerged as a favorite among fans.

The track is produced by Rob Bisel, Carter Lang, thankgod4cody, and Dylan Patrice. With her soulful vocals enveloping a minimalist sonic backdrop and laid-back synths, SZA reflects on a rocky romantic relationship that seemed to have taken a toll on her emotional health. 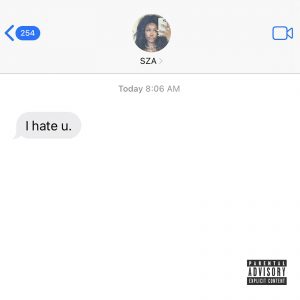 Upon its release, the mesmerizing urban track received positive response from various music critics all around the world, with Brooklyn Vegan calling an “airy R&B” in “fine form.” It also marked an impressive performance on its first day as it debuted at No. 1 on both Spotify US and Apple Music US charts despite the surge of holiday-inspired tracks, and is predicted to place high on the Billboard Hot 100 charts next week.

Here in the Philippines, “I Hate U” is slowly gaining a foothold on the upper tier of streaming charts. The track is currently at No. 16 on Spotify Philippines top 50, and is steadily climbing on a daily basis.

“I Hate U” comes nearly a year after SZA released “Good Days” on Christmas 2020. Grammy-nominated for Best R&B song, “Good Days” quickly became SZA’s greatest gainer solo single release, peaking at No. 9 on the Billboard Hot 100 chart and marking her first time in the chart’s top ten as the main artist.

SZA’s latest single “I Hate U” is out now on all digital music platforms worldwide via TDE/RCA Records/Sony Music.