No gift-giving activity at President’s home 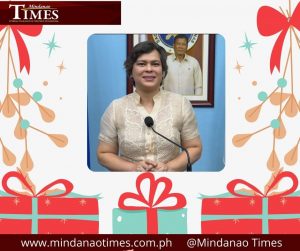 MAYOR Sara Duterte announced on Monday that there will be no Christmas Day gift-giving activity at the ancestral home of Mayor Rodrigo Duterte to prevent the gathering of people.

“No December 25 activity in Taal house to avoid mass gathering and we don’t want to be the reason for the mass gathering,” Duterte said over the Davao City Disaster Radio.

Mass gathering is considered as a major cause of the spread of the COVID-19 as the first cases in the city were traced to a derby last year during the celebration of the Araw ng Dabaw.

The gift-giving activity at the ancestral home of the President at the Taal Road in the Central Park Subdivision was also cancelled last year due to the surge in COVID-19 cases.

To inform the public about the cancellation of the activity, the mayor said city government personnel will post tarpaulin.