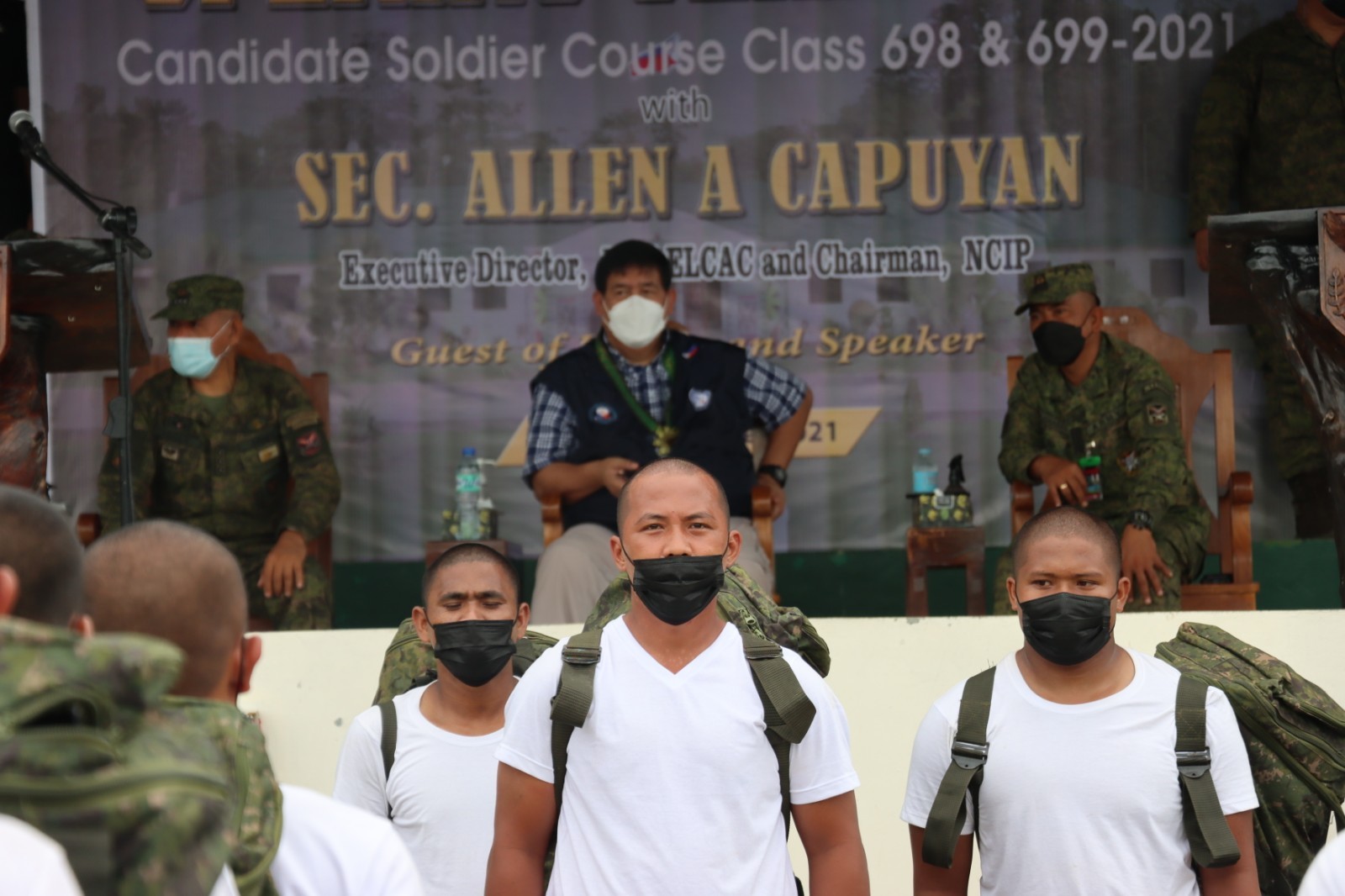 Secretary Allen Capuyan of the National Commission on Indigenous Peoples, also the executive director of the National Task Force in Ending Local Communist Armed Conflict (NTF-ELCAC), graced the event as the guest of honor and speaker.

He also reminded the graduates that their being members of the Armed Forces of the Philippines is a privilege and that they must perform their best.

“Make it personal, that the ancestral domain be finally liberated from the lies, deception and fears created by the Communist Party for the last 50 years,” he added.