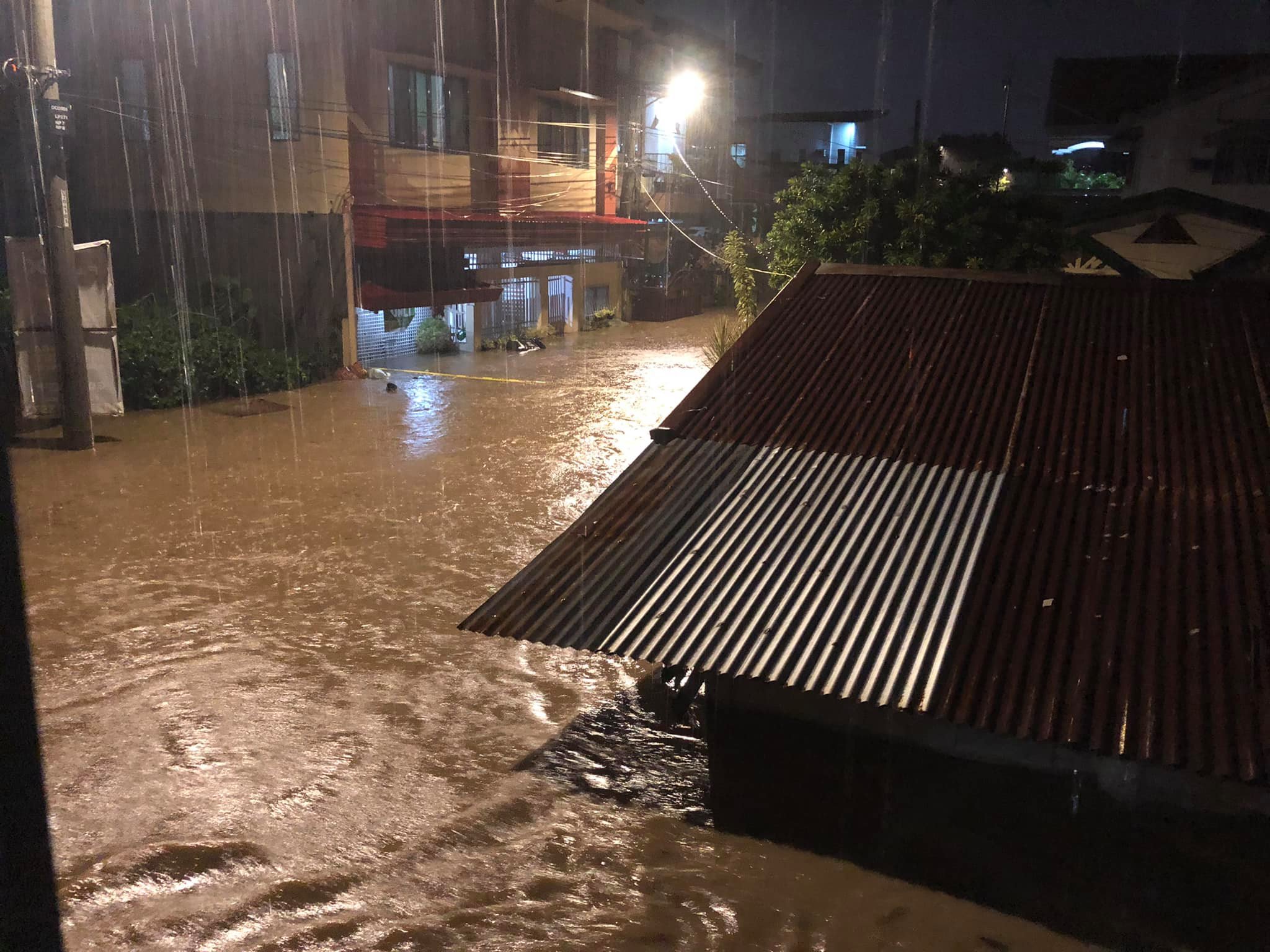 THE CITY Disaster Risk Reduction and Management Office (CDRRMO) did not receive reports of casualties except for many families who have been temporarily evacuated during flooding after rivers and creeks overflowed to nearby residential areas on Monday night.

Monday night’s heavy rain inundated many parts of the city and caused the swelling of rivers and creeks.

Alfredo Baloran, the Head of the CDRRMO, told the Davao City Dis

aster Radio on Tuesday that his office has not recorded casualties either injured or dead after the flooding. He said the early warning and announcement to evacuate helped people get ready for eventualities.

Barangay Captain Nilo Cabiles of Cabantian told the Davao City Disaster Radio on Tuesday afternoon said that more or less 250 households in Laverna Hills were affected by the flooding incident.

He said that while the affected residents have returned to their homes, they are requesting medicine for leptospirosis. They also need extra clothes and food, which may be directed to the purok leaders or the parish in the area.

Cabiles said that a total of five households were also rescued in Soraya Subdivision. As the water already subsided, the residents already returned to their respective houses.

“May ipapasuyod pa kami sa Dragon Compound namin, malamang kasi may creek din diyan na galing sa Villa Park. Ang Villa Park punong punong din ng tubig, sigurado ako na may 80 families na naapektuhan, and sa Santa Teresita yung bahay sa may creek mismo, meron din siguro ditong more or less 30-35 families (We need to scour other areas such as Dragon Compound where there is a nearby creek and water flows to Villa Park which is also flooded. There may be 80 families affected in the area and Santa Teresita since there are those who live near the creek – there are more or less 30-35 families),” Cabiles said.

The overflow of Matina River also led to the evacuation of some residents in Matina Pangi and Matina Crossing.

Barangay Captain Joel Santes of Matina Crossing, also in an interview with the DCDR said that 600 families evacuated to the Barangay Matina Crossing Gym. The residents temporarily occupied all four floors of the building and have returned to their homes when the flood level subsided.

Santes said that, fortunately, the water did not swell up unlike that of the 2011 flood incident. He added that flood mitigation measures are already in place near the river area and some residents have constructed additional floors of their houses.

Motorists were also stranded due to street flooding along Roxas Avenue and J.P Laurel that was due to “sea-water rise from waters in big rivers which back-flowed,” the flood level reached as high as more than one meter.

Baloran reiterated his call for people to be more cautious and mindful as La Niña brings heavy downpours which could suddenly occur during the day and is expected to stay until the first quarter of next year, 2022.