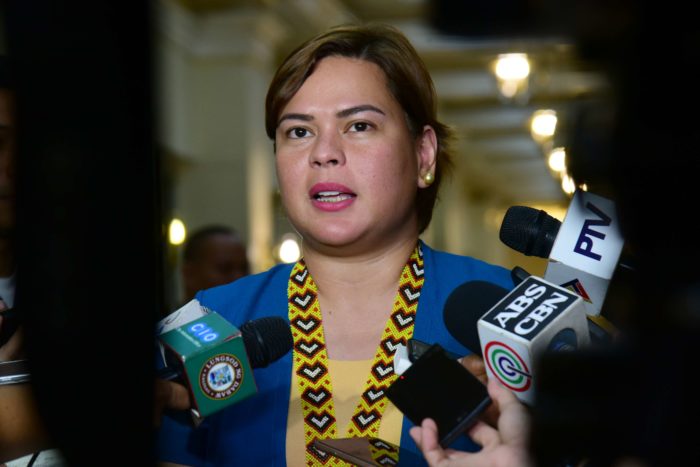 DAVAO CITY (MindaNews) – Mayor Sara Duterte revealed Monday that 11 out of 17 members of their household tested positive for coronavirus disease (COVID-19) during the recent outbreak of the virus in their residence.

Duterte, fresh from her trip to Cebu over the weekend, told Davao City Disaster Radio (DCDR 87.5) that after their children manifested symptoms and were later tested positive, all of them were swabbed.

The mayor, who is fully immunized with the two-dose vaccine of Sinopharm, said she was initially among the few who tested negative for the infection, but she needed to undergo a re-swabbing after experiencing an “itchy throat,” which yielded a positive result last Oct. 9.

“In fact, I did not think at first that it was COVID. I thought that it was just an irritation from using Betadine spray and gargling, which I used to protect myself,” she said.

Days later, she experienced other mild symptoms such as loss of sense of taste and smell.

She said losing her sense of smell felt disorienting, for not being able to sense any scent in the air.

She said the unvaccinated members of the population are at higher risk to contract COVID-19 because they lack immunity from the vaccines, which would have prevented the infection.

She said some of her household members required hospital care, one of whom needed oxygen support to breathe.

“Good thing that they were able to pull out of it. Thanks to our frontliners, doctors, nurses and the medical technologists for their patience, especially for the children, because it was difficult to explain to them the tests that had to be conducted on them,” she added.

Duterte stressed that it is important to strengthen testing to detect possible outbreaks inside households and isolate those who test positive.

“Testing is very important, otherwise you will not be able to segregate the people who are positive because some of them don’t have symptoms from the beginning until the end of their isolation,” she said.