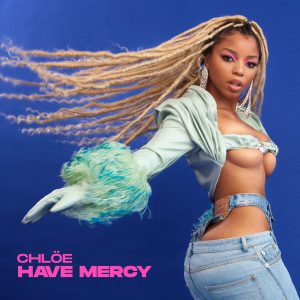 After gaining prominent attention as part of a soulful pop duo with her with sister Halle, alt-R&B sensation Chlöe proves that she’s ready to shine on her own with the release of her new single “Have Mercy.”

The sultry showstopper marks the 5x Grammy-nominated producer and singer-songwriter’s debut effort as a solo star. With its slinky, minimal textures and confident vocals, “Have Mercy” has received exemplary praises across the board upon its release.

Produced by Murda Beatz, Chlöe, Joseph L’étranger, FnZ, and BoogzDaBeast, the acclaimed urban single debuted at No. 28 on US Billboard Hot 100, and is currently taking over R&B/hip-hop and pop radio all over the world. Its music video, which was helmed by Karena Evans, channels the charisma of Chlöe and her captivating choreography.

Last month, Chlöe flaunted a breakthrough performance at the 2021 MTV VMAs where she floored the audience with top-notch vocals and headliner energy, singing “Have Mercy” while delivering her dance moves like a pro. Glamour compared her performance to the theatrics of Britney and Beyonce, calling it a “serve of the highest degree.”

“Have Mercy” is out now on all digital music platforms worldwide via Parkwood/Columbia/Sony Music. Watch the music video here.