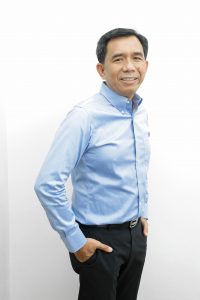 AMID the clamor from local governments and the public in Davao del Norte to shift to Davao Light and Power Company as their electricity provider, the utility has yet to make a definite pronouncement and continues to “listen” to the community.

But if that time comes, how will this exactly impact Davao Light’s existing customers in Davao City and energy consumers in Davao del Norte? Going by the response of Davao Light’s top executive, it could be a “win-win” situation for both areas.

“Hypothetically speaking, we can see a relative drop in the rates in both Davao City and Davao del Norte if we aggregate the customers from both areas. It should be a win-win for everyone in the long run,” Davao Light President and Chief Operating Officer Rodger S. Velasco told Mindanao Times in an email exchange.

According to Velasco, Davao Light customers are seen to benefit from scale because a larger customer base means higher energy demand and that may translate into better negotiations with generation suppliers for lower power rates.

On the other hand, he said rates in Davao del Norte will also most likely decrease because whatever power supply agreements they currently have will need to be renegotiated. Distribution utilities are also mandated by the Department of Energy to go through a Competitive Selection Process (CSP) in securing power supply agreements, helping ensure the reliability of energy services in a “least-cost manner.”

Velasco pointed out that everything is still speculative at this point, adding that they cannot yet tell precisely how much the power rates in both areas will drop given these theoretical circumstances.

Furthermore, he said that Davao Light is “doing everything it can to get the most affordable contracts with suppliers so customers can get the most reasonable rates.” The distribution utility is also enjoying discounts from its suppliers for being able to pay its obligations on time, which are then passed on to consumers.

In a recently held online discussion for the Davao Investment Conference (ICON) 2021 on “Mindanao as the energy hub of the country and Davao as a world-class energy corridor,” Velasco shared that Davao Light has been investing about P1 billion on average every year over the last four years to build up its assets, further improving the capacity and availability of its distribution network.

In August this year, despite the pandemic, Davao Light reached a peak demand of 464 MW in its franchise area, much higher than the 445 MW it recorded in 2019. Velasco said they expect a peak of 470 to 480 MW between October and November as the Christmas season approaches.