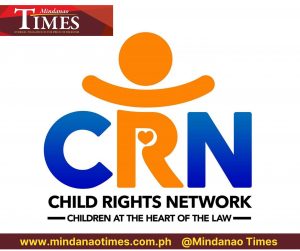 CHILD Rights Network (CRN), the largest alliance of organizations and agencies pushing for children’s rights legislation in the Philippines, lauded the Senate for passing Senate Bill 2332 or the “Increasing the Age of Statutory Rape” Bill, more popularly known as the End Child Rape Bill, on second reading Tuesday, September 21.

“We express our unequivocal gratitude to our Senators for listening to our urgent call. Passing the End Child Rape Bill on second reading is a bright ray of light amid the bleak times, especially concerning giving our children and future generations a fighting chance in finally ending child rape,” CRN Convenor Romeo Dongeto said.

The House of Representatives already passed on third and final reading their version of the bill – House Bill 7836 – back in December 2020. The bill has the wide support of the Filipino public, with an online petition supporting the bill (bit.ly/ENDChildRape) already raising over 300,000 signatures as of writing.

“In truth, we waited with bated breath for the Senate to resume deliberations on the End Child Rape Bill. With SB 2332 moving to the third and final reading phase, child rights advocates all over the country are finally able to heave a sigh of relief. We are now optimistic that even before the 2022 national elections uproar grinds the Senate to a virtual halt, we will already have a final bill for the President’s signature,” Mr. Dongeto shared, estimating that, barring any unforeseen circumstances, the bill will be signed into law on or before November 20, which is celebrated around the globe as “World Children’s Day.”

“Passing the End Child Rape Bill is a veritable gift, not only for Filipino children of today but to all future generations who will be afforded the fullest protection of the law against the heinous crime of rape,” Mr. Dongeto stressed.

SB 2332 amends pertinent provisions of Article 266-A of the Revised Penal Code and the Anti-Rape Law of 1997, which sets the age to determine the crime of statutory rape – or the crime that involves sexual contact with a child below the age of sexual consent – to the age of 12. In the draft bill, the age is raised to 16 years, which currently stands as the global standard.

“By increasing the age to determine statutory rape from below 12 to below 16 years old, our legislators are creating an extra layer of protection that saves children from the harrowing experience of testifying in court how they were raped, a traumatic experience causing revictimization,” Mr. Dongeto noted, explaining that for statutory rape, only two things need to be proved: the child’s age and that the sexual act happened.

SB 2332, like its counterpart bill passed in the House of Representatives, also provides equal protection for boys and girls and adopts a “close-in-age exemption” to avoid criminalizing adolescents of similar ages for engaging in factually non-abusive and non-exploitative sexual activity.

“By passing SB 2332, we are effectively stripping perpetrators of the convenient excuse of using Article 266-A’s legal loophole to claim sex with children is consensual and is thus not a crime. For decades, such misuse of Article 266-A has enabled rapists to simply get away with their crime. With this potent law, that situation comes to an end,” Mr. Dongeto explained.

CRN also maintains that passing the End Child Rape Bill aligns with the Philippines’ obligation of enacting measures to protect children against violence, as a State party to the UN Convention on the Rights of the Child.

“We trust that the Senate will not drag its feet in finally passing SB 2332. Once passed into law, this potent piece of legislation will undoubtedly afford wider protection for the most vulnerable sector of our society, even as the pandemic situation even worsened their vulnerability to sexual abuse and exploitation,” Mr. Dongeto said.

Child Rights Network is the largest alliance of organizations and agencies pushing for children’s rights legislation in the Philippines. www.childrightsnetwork.ph

Published in FROM THE MAIL

Admin
More from FROM THE MAILMore posts in FROM THE MAIL »
WP Twitter Auto Publish Powered By : XYZScripts.com