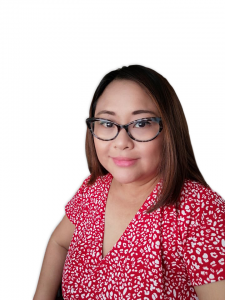 HOW do you live a life meant to be with thorns? That was the log line to my short film entitled Tinik, which means thorn in Filipino. The film was screened during the 2018 Mindanao Film Festival. It was a tribute to our first baby Meryl who died in my womb at 26 weeks in 2015. I also had a couple of friends who lost their babies a year before. So, the story is an amalgamation of different people’s experiences, but of course, mostly based on mine.

It’s about an acerbic character named Arleen as she struggles through her marriage and faith after losing her baby. We intended the film to be about finding hope amidst grief and bitterness, and the importance of caring for those who are in pain.

As if on cue, Lyanna came after we made the film. It was supposedly the perfect epilogue to our story. But sadly, we also lost her. She succumbed last year to complications of her illness called CDH (Congenital Diaphragmatic Hernia). Assisted by oxygen and a feeding tube, she fought for seven months until circumstances cut her chances.

And so I found myself back to where I was after Meryl’s death – in the wilderness; like that proverbial cactus again.

It took me three years after Meryl until I finally mustered enough courage to face my loss, and make this film. The intention was to share the life lessons I learned through the metaphor of a cactus. After Meryl’s passing, my husband and I attempted some hobbies for relaxation, and one of them was to start a cactus collection. We thought, how hard could it be, right? This plant practically takes care of itself. And so we thought. Then, surprise, our cactus died.

I wrote the story with the cactus symbolizing several things. And I think, the metaphor even became more accurate the second time around.

First, a cactus can wither with overwatering.

No, my babies did not die because I over-nurtured them. But each of them was like a cactus because despite giving everything that I’ve got to save them, they still died. And perhaps, loving them too much killed me too.

Second, a cactus has thorns to protect itself from danger.

That has been me to anyone who tried to make an approach. In my grief, I’ve only got my snark to protect myself from people’s insensitivity. People can get clumsy with condolences and unsolicited advice. It’s true that one may get hurt while tending to a cactus. But it isn’t the plant’s fault. It’s just the way it is. Why?

Because third, a cactus is made for harsh conditions.

It’s like faith. When we are placed in very challenging situations, it’s almost automatic for most of us to panic, cry for help, and fear our end. Ordinary plants would wilt under the harshest sunlight.

Faith is like a cactus because it thrives in the driest of lands. Even without constant external watering, it still continues to stand tall and succulent while everything else around it has died. How does it do it? Most cacti have extensive, but shallow root systems that allow them to soak up any rainfall that may come their way. Specialized stems allow cacti to store water for a long time, since rainfall is often sporadic in the deserts that cacti call home.

If we are to be strong in faith like the cactus, then the Bible says, we have to store “living water” in our souls to withstand the heat of our proverbial deserts. John 7:38 says “He who believes in Me, as the Scripture said, ‘From his innermost being will flow rivers of living water.”

Living through the deaths of my two children is like the Sahara of it all. The trauma is brutal. The triggers just never end. Similar in the desert, every day is a fight to survive this ordeal. “You are so strong!” I could not count the times people have said this to me. For them it’s a compliment but I feel like I don’t really have a choice. I think God created me to become a cactus. To go through these tragedies is like living with thorns. It’s not a feat to be strong when you’re a cactus. It’s a requirement.

Fourth, contrary to popular belief – it’s not easy to care for cacti.

Like I mentioned earlier, if you’ve ever tried to repot a cactus bare-handed, you probably walked away with a few sore spots or spines in your fingers. Cacti varieties especially those with small, fine spines can be especially tricky to deal with as their spines tend to break off once they’ve punctured your skin. This can lead to hours or even days of itching and discomfort. That explains why some friends have blocked or unfriended me already. They just couldn’t handle my drama!

I don’t blame them though. But while it’s true that handling cacti incorrectly may put your own well-being at risk. It can also damage your plant. Gripping too tightly with tools or accidentally dropping a cactus can cause serious injury to your beloved plant. To me, it came in a form of either being bombarded with admonishment or being abandoned altogether. Thanks to them, I feel worse.

There are many people out there living the life of a cactus. Despite their prickly exterior, these people like the cacti are also delicate and can be easily damaged when handled incorrectly. But that shouldn’t be reason enough for anyone not to try caring for them. They still need all the love.

If you’re reading this, and if you feel like you’re a cactus like me, don’t feel bad if people have stopped asking how you are. I’ve learned that they’re just afraid to get pricked or simply intimidated with our strange circumstance. At this point, only the most seasoned and intentional gardeners can really hold us in their hand. And topping that list is God. So, thrive with your thorns, my fellow cactus.

Virgilind “Jill” Palarca graduated with honors at UP Diliman in 1999 and worked as an associate producer for MTV Asia and a writer for television and events before becoming an educator. She teaches Media and Information Literacy at the ADDU Senior High School. She is also a filmmaker and has won Best Screenplay at the 2014 Mindanao Film Festival. She is a mother to angels, Meryl and Lyanna, and rainbow baby Andy.