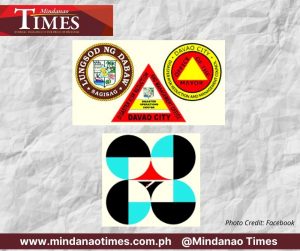 THE CITY Disaster Risk Reduction and Management Office is monitoring land movements and closely coordinates with the Philippines Volcanology and Seismology (Phivolcs) after an Intensity II earthquake jolted the city on Wednesday morning.

It has also advised people who feel any ground shaking to be vigilant, practice duck, cover, and hold. People who stay or live-in high-rise buildings to evacuate if necessary to ensure safety.

Alfredo Baloran, the chief of the CDRRMO, said that the Sept. 1 earthquake epicenter was located near Barangay Communal, Buhangin District, and while it is the location of the epicenter, no damage was noted based on their assessment.

After the quake felt at 6:26 a.m., the teams from the Disaster Office were dispatched to check the high rise and old buildings, especially the Sangguniang Panlungsod, City Hall, and other public buildings. An assessment was done and no indicators of new crack were observed.

The earthquake was recorded at 3.8 magnitude based on the latest bulletin issued by the Department of Science and Technology- Philippine Institute of Volcanology and Seismology (DOST-PHILVOLS).

According to Baloran further assessment is being conducted to identify which fault moved.

“Basin dormant ni siya, wala pa assessment gihatag ang Philvolcs pero ang ilang gina-attribute ang New Carmen faultline, but ang distance is 8.2 kilometers man gud so medyo malayo-layo siya. Kung Carmen ang naglihok medyo malayo, wala man silay lain nakita pa (Maybe it is dormant, Philvolcs has not given its assessment yet, they attributed it to the New Carmen Faultline although its distance to the (epicenter) is 8.2 kilometers so it’s a bit far. They have not seen other fault lines),” he added.

Baloran said that per information from Philvolcs if the area continues to move, there is a tendency that there are other faultlines. He, however, assured that even if that is true that such a fault line exists, it should not cause an alarm.

“Dili man pud ta ma-alarm ana kay according sa Philvolcs mas maayo gani nang mugalaw ang mga faultline para ma-release ang energy, then sa ilang study nagagalaw jud na siya, dili lang ma-feel nato, hinay lang (We are not alarmed because as Philvolcs say it is better for these faults to move so that it releases energy. In their study, these faults really move, though we cannot feel it because it is not that strong),” he said.