Man nabbed for P80K in shabu 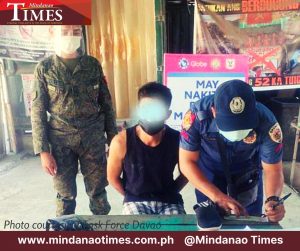 LAW ENFORCERS arrested a 39-year old man with about P80,000 in shabu as he was passing through a checkpoint in Barangay Lasang Monday.

The report said the suspect was riding a bus from Carmen, Davao del Norte on his way to the city when members of the Task Force Davao supervising the checkpoint noticed his suspicious gestures, prompting them to conduct a thorough infection.

The resulted in the seizure of a sealed plastic containing a substance which the arresting team suspected as shabu.

They immediately brought the suspect to the Bunawan Police Station as a criminal complaint was to be filed against him.