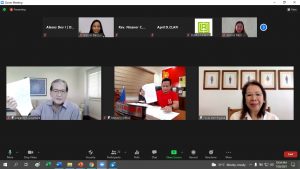 ALABEL – Over 12,000 square meters of land recently donated by the Alcantara Family is seen by the Municipal Local Government of Alabel to speed up the completion of a much-needed local access road which could provide link of development between the town proper and the barangays.

Mr. Alejandro I. Alcantara, President and CEO of Sarangani Agricultural Company, Inc. (SACI), who signed the Deed of Donation (DOD) representing the donor, said that as Alabel celebrates its 50th founding anniversary, the family has decided to turn over a portion of their property to the town as gesture of gratitude to LGU-Alabel and the Provincial Government of Sarangani for hosting their company for 57 years.

“This will not only provide a convenient alternate access to and from Alabel but will also pave the way for new developments in the municipality. This is consistent with our family’s commitment to be an active driver of Sarangani’s growth, upholding our parents’ vision of enhancing the quality of life in this community,” Alcantara added.

During the virtual DOD signing held on Wednesday, July 28, Mr. Alcantara was joined by his sister, Mrs. Rosvida Alcantara-Dominguez, who is the Executive Vice President of Alsons Development and Investment Corporation (Alsons Dev), the family’s real estate company known for building and nurturing vibrant residential and commercial communities in Davao City. She is the mother of former Sarangani Governor Migs Dominguez.

‘’We, at Alsons Dev, are always ready to be a major contributor in establishing Alabel as the next premium address in SoCCSKSarGen Region,” Mrs. Dominguez said. 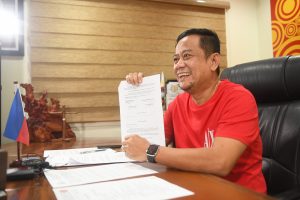 For his part, Municipal Mayor Vic Paul Salarda expressed his “unwavering admiration and respect to the Alcantara Family.”

“The family has been consistent in showing genuine engagement, compassion and generosity to their community,” Salarda said.

“With this act of benevolence of the Alcantaras, our dream of developing a public access road to connect the Libertad Road to the Sarangani-Davao del Sur Coastal Road, is now becoming a reality,” Salarda added.

For years, the Alcantara Family has been credited for donating properties used as sites of schools, among other public projects, in Sarangani Province and General Santos City.