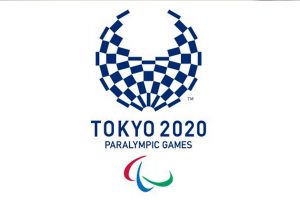 TOKYO – Having left their troubles behind in Manila, all 12 members of the Philippine contingent have settled down and are getting ready for the opening ceremonies of the 2020 World Paralympic Games on Tuesday at the sprawling Japan National Stadium.

From their quarantine facility at the Conrad Hotel, the PH delegation left early Sunday for the airport and were given a clean bill of health after all of them had taken swabs tests shortly following their arrival at the Haneda International Airport in Tokyo before noon.

They were then taken by shuttle to the Paralympic Athletes Village where each delegate was assigned their respective quarters in the trip fully supported by the Philippine Sports Commission.

Taekwondo jin Allain Ganapin and his coach, Dindo Simpao, are scheduled to leave for the Japanese capital on Aug. 29.

A veteran of the 2016 Rio Paralympic Games, Mangliwan was awarded the distinction of being the country’s flag-bearer during the audience-free inaugural rites starting at 7 p.m. (8 p.m. in Manila) within the 80,000-seat arena featuring the world’s premier para-athletes from 163 countries.

“While the formal opening will begin at 7 p.m. the participants will be starting to move from the Athletes Village to the stadium,” said national team chef de mission Francis Diaz.

Not to be outdone by their Olympic counterparts, PPC secretary-general Walter Torres said the delegation members will all be clad in the traditional Barong Tagalog designed by the Bordadao ni Apolonia, a family of noted artisan embroiderers from Taal, Batangas.

“The embroidery on the Barong is fully hand-made and a labor of love, “Torres said. “The ‘Disenyong Bigkis’ portrays the unity and nationalism of every Filipino.

“Embroidered on the right of the Barong are the words ‘Mahal Kita and on the left ‘Pilipinas’ written in the early form of the Filipino alphabet,” he said, adding each participant will also be wearing a “salakot” or hat and given a hand-embroidered face mask made of pina with the sun and stars of the Philippine flag.

The parade uniforms as well as other logistical requirements of our Paralympics delegation are provided for and supported by the Philippine Sports Commission.

Diaz said that they had a meeting among the CDMs on Monday where they discussed the issues encountered by the participants at the Para Games.

“There are athletes who don’t follow protocols, walang mask, mga pasaway, which are flagged by the Japanese volunteers at the village,” said Diaz, who was proud that the PH contingent members were well-behaved in complying with the health-safety measures of the organizers.

“All of our team members are loving it: the atmosphere is really magnificent and the food great,” Diaz, who is the dean of the UP-Diliman College of Human Kinetics, said.

He bared that the four athletes in Tokyo had already gotten their gift packages from the Tokyo hosts and World Para Games sponsor Samsung, which include a brand-new Samsung Galaxy S21 custom-made for the Paralympic Games.

“Everybody is in high spirits and our athletes are looking forward to competing in their respective events,” Diaz said.