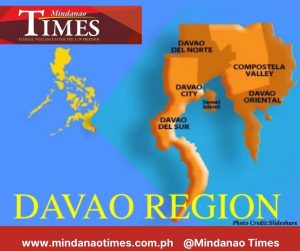 THE regional office of the Department of Health (DOH) have monitored 21 critical areas in the Davao Region due to high number of COVID-19 cases.

Dr. Raquel Montejo, DOH-XI Local Health Support Division head, yesterday said that the areas were identified based on the increase in the number of cases by comparing two two-week cycles with each other, or the two-week growth rate.

Montejo said Another factor that was considered in the identification of these areas was the average daily attack rate (Adar), or the rate of daily infection during the two-week cycle over the population of the area.

This developed as the Mati City government has decided to implement granular lockdowns after monitoring clusters of COVID-19 infections.

In a press statement also yesterday, Mayor Mary Michelle Denise N. Rabat signed Executive Order No. 26 for the implementation of a zoning containment strategy by identifying villages where the granular lockdowns were to be implemented.

The same order, which also resulted in the directive of the DOH to place the entire province of Davao Oriental, whose capital is the city, under Alert Level 3, also creates Barangay Zoning Containment Teams.

Under the DOH classification, areas placed under Alert Level 3 are those with high count and increasing number of cases and increasing healthcare utilization regardless whether there are Delta variant cases.

These areas have moderate risks, COVID-19 bed utilizations are at 70% or lower.

Based on the monitoring of the Mati City government, which has been placed under General Community Quarantine until the end of the month, there were 49 cases on Friday, 52 and 32 on Saturday and Sunday, respectively.

Under the latest executive order, barangays are tasked to supervise, under the oversight of the Mati Incident Management Team, the zoning containment strategy and must ”establish control points using functionaries in all its access to the areas under ZCS and strictly control movement of people depending on the zoning classification.”

It also capacitates the barangay governments to provide food packs to families in these areas with the help of the City Social Welfare and Development Office as the city government is preparing more food packs to ensure that the needs will be filled up.