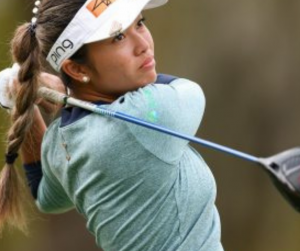 TOKYO — The Philippines’ Bianca Pagdanganan fired an even-par 71 on another humid day and was unable to keep up with the scorching pace set by American Nelly Korda after the second round of the women’s golf competition at the Tokyo Olympics.

Pagdanganan was right where she started at 2-under after a round of mixed fortunes, but faded from joint fifth at the start of the day to a tie for 27th as a host of contenders got their games going at the Kasumigaseki Country Club on Thursday.

From three down, the 23-year old LPGA campaigner fell a good 11 shots behind new leader Korda, who put together a tournament-best nine-under 62 and open a four-shot lead on a 36-hole total of 129. She had a 67 in the first round.

Yuka Saso made three birdies in her final five holes to score a three-under 68 and get back to even-par 142. But she and Pagdanganan need a big final two rounds to have any hope of bringing home a medal from their Olympic debuts.

Nanna Koerstz Madsen of Denmark (64), Aditi Ashok of India (66), and Emily Pedersen of Denmark (63) are tied for second place at 9-under while overnight leader Madelene Swagstrom of Sweden is alone at 8-under after a 68.

Aside from their in-form opponents, Pagdanganan and Saso’s hopes for a comeback are under threat from an approaching typhoon that could force organizers to cut the tournament to 54 holes.

An abbreviated tournament will all but dash the hopes of the two Filipinos in the 60-man field, who will need the two rounds to storm back into contention.

A decision is expected to be made on Saturday.