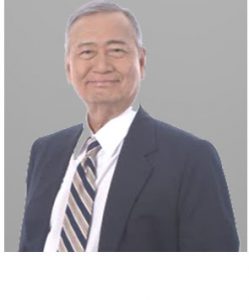 The Philippines is one of the probably very few countries in the world that do not speak a primary language on a national scale. This situation, unfortunately, has grave disadvantages, more directly in political and educational developments and, hence, ultimately in economic development.

By primary, I mean the language that is commonly used in speaking and writing in practically all situations such as, in government, business, schools and even at home and other informal occasions. A primary language becomes necessary in uniting the people when there is a concurrent presence and use of several languages in a country. Call it “lingua franca”, if you will.

Geographically, at present, the regional languages predominate in day-to-day conversation—at home and in informal gatherings. But these languages are rarely used in public writing, except for Tagalog which is the chosen—but still not well developed—national language which, for this purpose, is renamed Filipino.

In government, English is predominantly spoken in the executive branch’s and legislative branch’s speeches, debates, meetings and in court and other judicial proceedings. All bills and laws, executive orders and judicial orders and practically all government communications are written in English.

In print media, most newspapers are published in English. As a result, a great majority of Filipino citizens who do not understand English well do not read these newspapers.

The 1987 Constitution states that the national language is Filipino and “…As it evolves, it shall be further developed and enriched on the basis of existing Philippine and other languages.” It further requires that “…the Government shall take steps to initiate and sustain the use of Filipino as a medium of official communication and as a language of instruction in the educational system.” This provision is then followed by “…For purposes of communication and instruction, the official languages of the Philippines are Filipino and, until otherwise provided by law, English.”

Clearly, there is so much ambivalence in these Constitutional provisions which explains the continuing existence of the language use condition prevailing at present. It also explains why Filipino remains not well developed after a long period of 34 years.

It is generally accepted that most Filipinos are not good English speakers and  writers. That is to be expected because about half of our adult population are not high school graduates, as I have discussed in Part 6 of this commentary series.

But much more than this, based on my experience, most university graduates are not good English speakers and writers. The latter observation is certainly a consequence of the current poor state of our public education system as also discussed in Part 6.

In this regard, I believe that a major cause of the present poor condition of the public education system is the requirement to use the regional language as the medium of instruction up to Grade 3. This requirement is not logical, especially considering that young minds are more pliable to learn a non-native language.

If these children will be taught in English at higher grades anyway, as is the case, it would have been better if they were taught in English right from the very beginning. They would have been progressively better English speakers and writers as they move up in the education ladder. The use of the regional language at the early levels of schooling would make sense if it is meant to be a transition to using eventually the regional language for teaching in all the higher grades. But this is not the case.

If one spends a moment to reflect on and visualize the foregoing disharmonious picture of language use throughout the country, it is not difficult to see that there is a severe lack of effective communication between the governing class and most of the governed. The governing class do their work and communicate their work output in English and which are subsequently reported by print and broadcast media in meaningful form also in English, a language most of the governed does not understand well.

As a result, most of the governed does not have a good knowledge of what is going on and, consequently, becomes indifferent and do not participate in any meaningful way in political conversation. And when they go to the polls to select our leaders, they are either uninformed or, worse, wrongly informed.

For this reason, we simply can not reach a mature level of political sophistication and, thus, are unable to choose and elect the right political leaders who can lead the nation to achieve further political maturation and the desired level of economic development. Much worse, this condition will perpetuate itself if we do not do anything about this language issue.

In a sense, the Philippines is still a colonized country. Not by foreigners this time, but by a small group of Filipino upper class, lording it over a great majority of Filipino underclass.

If I were the next President, I will immediately bring this issue of language to the whole nation for extensive debate during the first year of my administration for the purpose of selecting a primary language and start taking steps to put it in place beginning in the second year. As a practical matter, there are only two choices—Filipino or English.

The chosen national language, Filipino, is already mandated in our Constitution to be developed and used. But as mentioned earlier, practically nothing has been done to implement this Constitutional provision. Nevertheless, if Filipino is the choice to be the primary language, we can require its use right away, especially in government and in the school system.

With regard to the latter, we may need some lead time for translating some of the textbooks into Filipino. But we do not need to wait for a compilation of a “complete” Filipino dictionary and translating all the textbooks into Filipino. To try to do so will not work; it will just be an unending quest. We have to develop Filipino as and when we use it after giving some lead time for some critical areas. To try to embark on a distinctly “two-step” process is an illusion. Although implementing short-period overlaps may work. We need to hit the road running, so to speak.

Adopting an indigenous language as the primary language, amid the presence and use of several languages, can be done as proven by previously colonized countries like Indonesia, Vietnam and Malaysia. It may take a decade to put Filipino essentially in place, but it needs to be started right away if Filipino is the choice. We are not starting from scratch anyway. Filipino has been taught in school since the birth of the Second Republic 75 years ago.

We will face similar difficulties if we choose to adopt English as our primary language, but it can be done as proven by Singapore which has three non-English ethnic language groups. To put English in place as the primary language, we need to use it as the sole medium of instruction right away, even in kindergarten and Grade 1.

My generation, the generations before me and several generations after me were taught in that manner. And I think we did not do badly. In addition, broadcast media must be required to use English in the greater proportion of their programs. Doing so will hasten the use of English throughout the nation.

However, we will need to embark in a massive correction activity, particularly in English pronunciation. If English is the choice, I believe we need to recruit in the initial two years through group contracting a relatively large number of American English teachers to teach Filipino trainors in correct English pronunciation. These Filipino trainors will, in turn, train all the current Filipino teachers, including those teaching in higher education, television presenters and radio broadcasters in pronouncing English correctly. Additionally, we can use broadcast media for the same purpose and for other remedial purposes.

It will be a difficult choice. But we need to choose soon. We have already wasted many, many years. If I were the next President, I will lead the nation in making that difficult choice and in systematically implementing the people’s choice. Including campaigning vigorously in a referendum, if one is required.