PLAIN AND SIMPLE | Gold for Pinas after 97 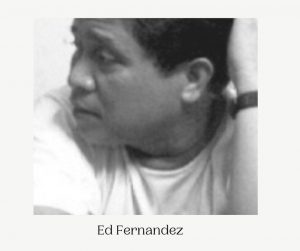 EUPHORIA was all over when Ms Hidilyn Diaz with her might hosted the weights and made her final jerk to bag the Gold in weightlifting for Pinas.

With bated breath. I watched Hidilyn do it and when she made it she shouted and cried. Those Pinoys who were there, especially the HD team, shouted in joy uncontrollably.

The explosion of emotions in the cries of Hidilyn said it all for our country who has been longing to find someone who could give the country the elusive gold.

One tiny nation dreaming of winning the Olympic Gold. Looks impossible. Other countries bigger and with resources are also dreaming of having one.

After 97 years of trying, nothing was on the horizon. But hope springs eternal. Determined to bag the Olympic gold Hidilyn trained so hard. I have seen her in person here at Almendras gym and up there in the PSC office of the chairman. Bagtok ang bagtak. Tig-a kaayo. Gahi pa’s bato.

So this is Hidilyn Diaz. At that time she was preparing for the Asian Games. Helped by the PSC thru Chairman Butch Ramirez and the board, Hidilyn pursued her training determined to bag the Asian championship. She won after winning the SeaGames gold.

And it was not an easy ride to the Tokyo Olympics. Hidilyn went through criticisms mostly personal plus the stupid tagging of her out to destabilize the government like Grechen Ho. Crazy.

Lockdown came and she trained  in Malaysia with a Malaysian trainor. She never stopped. Determined to reach her dream of an Olympic gold, she trained herself to bag the gold..

Haunted by issues beyond her, Hidilyn simply trained. She didn’t allow issues hurled on her to defeat her. Her poor childhood made her more determined. Unfazed by these discouraging and unfortunate issues, she trained. Trained hard. Hardest.

But she made prayer her daily companion. So many friends were there for her. One of them gave her the scapular of the miraculous medal of Mother Mary. She wore the medal simply to remind her that God is her silent companion.

Back to the scene where she won the gold in weightlifting. She shouted and cried. Not able to contain the unbelievable feat. My Lord and my God I did it. And this diminutive lass from Zamboanga stood 10 feet taller not just in Tokyo but all over.

They deserve much more from the government.

Is it true that generals when they retire may baon sila na 200 million or more? For what? Why would governmentt give them that huge baon. If that is true, then Hidilyn should be given the same. Hidilyn gave our country honor and pride. But the generals, what honor do they bring to the Pinoys of the world.???

Hidilyn will be in the annals of our history. Our historians should give her the chronicle of her life to inspire the young.

I really am just euphoric over her winning the Olympic gold. Can’t believe she bagged it. But she did. And I am so happy and proud of her even if she doesn’t know me. Sports journalist Yannie Saberon knows her best.