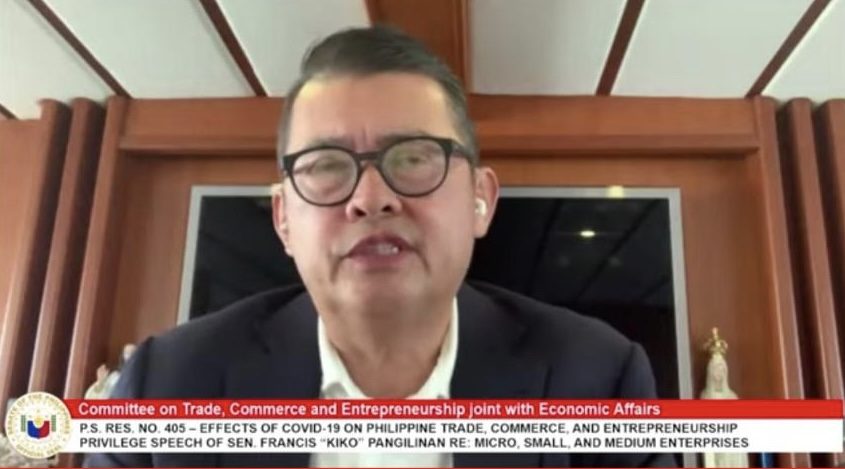 Presidential Adviser for Entrepreneurship and Go Negosyo founder Joey Concepcion has been working with the the government and the private sector to push for an increased vigilance against the highly infectious Delta variant of the COVID-19 causing virus, as if left unchecked, it could prevent the Philippines from having a merrier Christmas this year.

Concepcion stressed during the recent joint meeting of the Senate committees on trade, commerce and entrepreneurship and economic affairs that the Delta and the Delta Plus variants were “the most serious variants” that could “really throw a curveball and destroy entire plans” to reopen more sectors of the country’s battered economy.

“So we have to be careful in opening up, especially our borders, to countries that have a very high level of the Delta variant because if that penetrates the Philippines, then we will definitely not be able to achieve a merry Christmas,” Concepcion said.

He also stressed the need to ramp up the vaccination program, as it is the single most effective way to keep the highly infectious Delta variants at bay.

Concepcion thus urged Filipinos to do their patriotic duty and get themselves inoculated as soon as the vaccines become available to them. In that way they can protect themselves and their loved ones from the disease and also contribute to defeating the devastating pandemic.

The private sector, he said, is contributing to the national vaccination effort by bringing in more crucial doses.

The initial batch of Moderna vaccines have arrived with millions more arriving starting next month, with the goal of achieving at least population protection – where at least half of the population in NCR Plus will be completely vaccinated – as early as September or October this year to justify the reopening of more sectors of the economy.

“That is the focus of the private sector right now, to together with the government, inoculate as fast as possible,” Concepcion said, “ We have to vaccinate more people as fast as possible to try to reach what we call population protection and eventually herd immunity in NCR plus. If we achieve population protection by September or October, then we can open up more.”

Concepcion explained that there is an urgent need for the calibrated reopening of more economic sectors as many Philippine businesses, particularly the micro small and medium scale enterprises that account for 99 percent of these registered enterprises, are already “losing hope.”

“Money is an issue because many of the banks have held back on lending until they see a picture of the economy as to when we will recover,” Concepcion said, “The situation is that you can’t do much when the economy or the business is in an open-closed mode.”

“So how do we get out of this issue? That’s where we in the private sector are focusing on right now and the only solution really here is to solve the health problem. That is why we are working closely with the medical advisors of the government so we can come up with a game plan with the objective of achieving a merrier Christmas this coming year and a better 2022.”

Part of the plan is asking the government to allow the opening of more “safe spaces” to cater to the increasing number of Filipinos fully vaccinated against COVID-19 to spur increased economic activity.

Concepcion said these spaces limited to fully vaccinated Filipinos could include seats in hotels and restaurants across the country, which will then mean allowing these establishments to serve more customers as health and safety protocols will not be compromised since the additional guests are safe from COVID-19.

By potentially allowing these establishments to add more seats or serve beyond their current limits imposed under IATF rules, the hospitality industry that has been suffering greatly from the quarantine restrictions imposed to stop the spread of COVID-19 will be able to bring in badly needed additional revenues.

The same principle can be applied, he said, as the government calibrates the reopening of other establishments that have remained closed because of COVID-19 fears, including cinemas, bars and even concert or theater halls.

“Our plans hinge basically on the ability of both the private and public sectors, especially local government units, to inoculate as fast as possible, achieve population protection, and possibly the ultimate goal of herd immunity for NCR Plus this year,” Concepcion said.

“We have to win this battle. We cannot fail because of the Delta variants that is why we have to be really vigilant and do what must be done to keep that at bay,” he added, “In the end, we want to save both lives and livelihood and I’m confident that if we do things right, we have a good chance of reviving the economy and opening up the economy much more by the end of this year.”