IF I WERE THE PRESIDENT | ‘Siguradong sahod’ to help reduce poverty 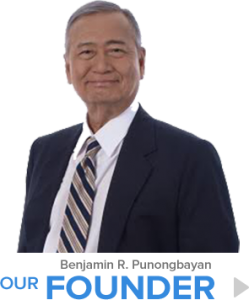 IF I were the next President, my overarching program is to substantially reduce poverty. There are several aspects to this great undertaking. I will deal first with what I call providing “Siguradong Sahod” to a targeted group–those families within the poverty threshold, as currently defined.

Widespread poverty in the Philippines has been a huge problem ever since one can remember. In fact, poverty has been the driving force for the communist insurgency that started a long time ago and which is still going on today. Widespread poverty continues to grow and all the government administrations since the proclamation of the Second Republic had not been able to stem the tide. I believe this problem has not been given the seriousness and the urgency and sufficiency of action that it rightfully deserves. It is clearly a case where those who are in a position to do something about it have been accustomed to accept the suffering of a large number of our citizens and, as a result, have been lulled to essentially just let the ordinary course of events deal with this existential problem.

An official survey in 2018 indicates that there were 3 million families who are within the poverty threshold of an annual income of P129,000 for a family of five, or 12.1% of the total families at that time. I find this estimate of the number of poor families as low. Based on what I see physically in both urban and rural areas, the poor among us is a lot more than what that estimate portrays even before the onset of the pandemic. Be that as it may, we can use that official number for purposes of taking initial actions.

The solution being proposed by this source is to provide a universal basic income to the country’s citizens. The idea of universal application of this basic income is to avoid leaving out some sectors of the population and thereby avoid opposition to it. However, it is recognized that to a poor country, the amount of funds such a program would require is huge and maybe unaffordable. For this reason, some economists favor a targeted approach – to provide the basic income to the sector that badly needs it. China adopted a similar targeted program described as “minimum guaranteed income” or “dibao” in Chinese language.

If I were the next President, I will adopt and implement a guaranteed basic income program that will first target 3 million families within the poverty threshold as mentioned above.

We will call this assistance to the poor as “Siguradong Sahod”. We will start the program modestly at an amount equivalent to about 37% of the current poverty annual income threshold. This proportion is equivalent to P48,000 per year or P4,000 a month per family. This Siguradong Sahod is equivalent in total to P144 billion annually and will replace the present puny conditional cash transfer program (the 4Ps).

I realize that this program will be controversial for three reasons. One is the attitude of many that such assistance will just make the poor lazy. However, a study done by a pair of American economists to examine this assertion in certain countries that provide conditional or unconditional cash transfers did not find any evidence that confirms such outcome. Moreover, even in the case of the existing Philippine conditional cash transfer program, while quite small in amount, no report of such behavioral effect has surfaced.

The second reason is about the usual fear that much of such assistance will just go to the pockets of politicians who maybe involved in implementing the program. However, this corrupt practice can be avoided by harnessing present technologies to create an electronic system where the monthly Siguradong Sahod will go directlly from the National Treasury to the recipients who may then draw the money from the banking system. I understand that there is already such a system that exists today.

In relation to the foregoing, the list of recipients will be drawn up with a clearly established definition of who are eligible under the program and using a system that carries proper and adequate internal checks and review.

The third reason is the question of whether the country can afford to allocate P144 billion per year for the program. This is the most challenging aspect of Siguradong Sahod.

In this regard, I will give the program the budgetary priority that it deserves and look for existing budget items that can be transferred wholly or partially to fund it. If it becomes necessary, part of the funding requirement for the first year of implementation may be borrowed with the expectation that the program itself will contribute to economic growth. Or, we can avoid all these.

There is an existing conspicuous budget item that can be moved wholly to fund Siguradong Sahod–          the yearly pork barrel allocation given to our legislators, the total amount of which may even be higher than the fund requirements for Siguradong Sahod.

Or, if these initial options do not work, I will appeal directly to the Filipino people and encourage them to embark on a people initiative to make Siguradong Sahod a law of the land and disallow permanently pork barrel budget allocations. If it comes down to this last option, whether in the case of Siguradong Sahod or similar big issues with wide ranging and profound effects, let me digress. That course of action may present a road of no return and test everyone’s resolve. We might as well face that test which may result in developing a proper reordering of Philippine governance.

Siguradong Sahod, by its very nature, is not just a mere expense that is lost without any return. The recipients will use it for consumption which certainly will produce an economic multiplier effect by drawing more economic production and increasing employment. It is not a waste; it is an expenditure that will bring additional economic growth. Siguradong Sahod will create a virtuous economic cycle.

We will take this bold, but necessary, step. Siguradong Sahod will not only pull a large number of Filipinos out of poverty; it is a driver of economic growth.