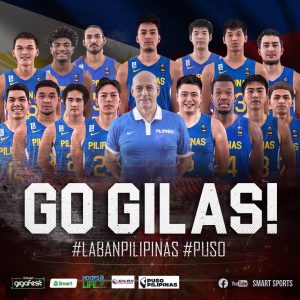 GILAS Pilipinas beat Korea anew, 82-77 on Sunday, June 20 to complete a sweep at their stint in the 2021 FIBA Asia Cup qualifiers played at the AUF Sports Arena and Cultural Center in Angeles City, Pampanga.

It was the second victory next to the Korean squad after Tab Baldwin and the rest of Gilas Pilipinas outplayed them on an 81-78 squeeker in their first encounter, Wednesday night, June 16.

Dwight Ramos led Gilas with 19 points while Kai Sotto, RJ Abarrientos and Jordan Heading had 10 each.

Gilas Pilipinas finished with a 6-0 sweep in the qualifiers and will now prepare to fly over Serbia for the Olympic Qualifying tournament in Belgrade on June 30 and July 1.