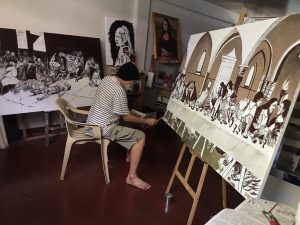 A FEW days ago, we received an invitation through FB messenger to the art exhibit featuring Davao’s artists who have brought life to Davao’s art scene, especially amidst the seemingly endless life in quarantine.

Unlike several painters in the country who started their career during early childhood in school, Aurelio ‘Boyaks’ Pena began painting shortly before his retirement from a career as a writer in media.

Curious as to how he started his life as an artist, we asked Boyaks how it all began. 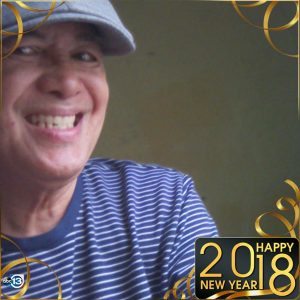 “I started making replicas of masterpieces three years ago when a Davaoeno art collector showed me a big book of Art History” and asked me “can you copy some of the masterpieces in the book?” “I can try”… Was his answer
His friend provided him with art materials such as oil colors, canvas, brushes.
Boyaks ended up reproducing eleven masterpieces of Claude Monet, Vincent Van Gogh, Pablo Picasso, Henry Matisse, Marc Chagall, and other famous painters.

Seeing his posts on Facebook, he got several requests from friends in Davao, California, Virginia, and Australia and was compelled to do more replicas of masterpieces using oil, followed later with acrylic colors on canvas. After painting “Two Sisters” and “Dance at Bougival” by Auguste Renoir, more requests poured in.

“One of the most popular replicas I did was Claude Monet’s”Woman with Parasol” which was immediately sold to art collectors here and overseas.” he relates. Another Monet “Woman Reading” was shipped to a former editor friend in LA California. 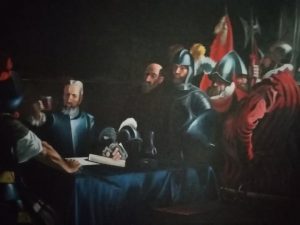 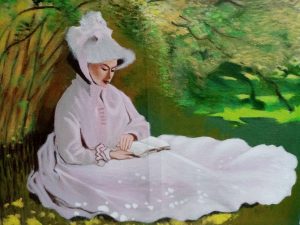 Boyak’s own personal art collection consists of three large canvases of Juan Luna’s “Blood Compact and Fernando Amorsolo’s” First Mass” and “Founding of Manila”. A smaller Luna masterpiece “Parisian Life” is kept along with smaller paintings of Munch, Degas, Renoir and Leonardo Da Vinci’s “Mona Lisa”, which he framed for his studio. 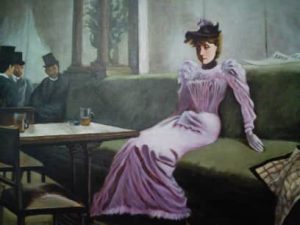 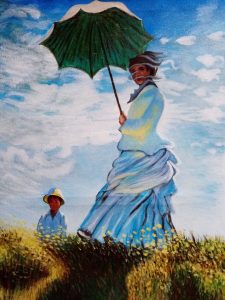 Aurelio ‘Boyaks’ Pena spent six years at the University of Mindanao as resident artist in the 1960s as campus editor, President of UM Dramatic Guild, worked with Dole Stanfilcoas Industrial Editor, and tjen for French Photonews Agency Sipa for ten years. He worked as foreign correspondent for Asiaweek Magazine HK for nine years, PNA Bureau Chief for three years and for JICA as consultant for eight years. 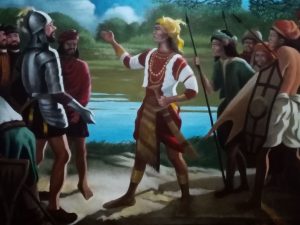 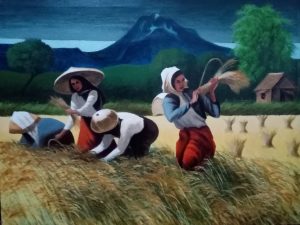 “I finally retired to spend my last years in painting…. I NEVER had any formal schooling in Fine Arts, it is a God-given talent.” Boyaks says of his life as artist.