On the way to recovery after the blight

THIS is the first year the city celebrated its anniversary on the exact day it was created by law.

Republic Act No. 11379, signed by Pres. Rodrigo Duterte in August 2019, specified that the city should celebrate its founding anniversary on March 1, the date of its charter as independent city.This repealed two other laws, Republic Acts 7551 and 7685, which both stated that the city’s anniversary celebration is March 16.

The pandemic and the city

This was also the second year the city had to cancel all public activities and shift all of these online. The COVID-19 pandemic may have cancelled the pomp out of the founding anniversary of the city but for Dabawenyos, the relevance of this occasion is no less meaningful.

In her message last March 1, Mayor Sara Duterte said the event was “at its core, a celebration of and a salute to the Dabawenyo.”

The mayor emphasized that the city will eventually recover from this disaster as it did in the many challenges that it hurdled since it became a city.

“To all whom we have lost this past year, and to each Dabawenyo abiding by the protocols set in place to ensure each other other’s safety, for it is our grit, our tenacity, and our discipline that will see us through to the end of this pandemic, in the hopes that we may one day safely celebrate our Araw ng Dabaw in the streets once more,” she said. 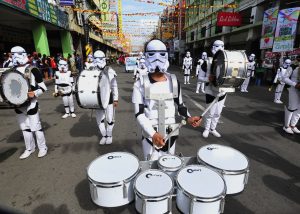 The pandemic has brought the city down on its knees as some businesses, particularly those in the tourism industry, big or small, suffered the devastating impact of the virus.

Some big hotels had to close operations, while other businesses had to operate with very minimum margins.

A year before the start of the pandemic, or in 2019, despite huge disasters like earthquakes in the last part of that year, the Davao Region, with the city as its anchor, still saw a dramatic increase in its economy at seven percent growth in its domestic products.

The main drivers of that growth, based on the data from the Philippine Statistics Authority, were construction at 26.6%, financial and insurance activities at 13.1%, and wholesale and retail trade at 12%.

The national government has yet to release the growth rate for last year, as this is always scheduled for in the middle of the following year, but the expectations are that the growth maybe tempered or even negligible. 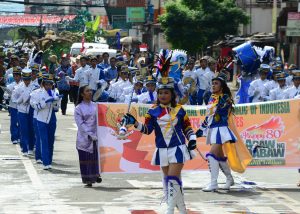 But the same experts, like real estate consultant Maria  Luisa Abaya of Prime Philippines and Damosa Land top executive Ricardo Lagdameo, said there is no way for the city but up again.

Abaya summed up her expectations in eight words.” There is no other way but to recover.” 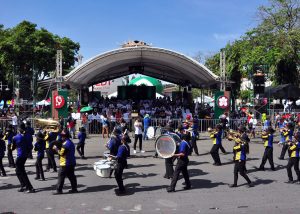 Indeed, for a city touted as an emerging economic powerhouse of the country which has barely scratched its potentials, the pandemic might have stalled its growth, but with key interventions made available like the vaccines, the delay in growth is just temporary.