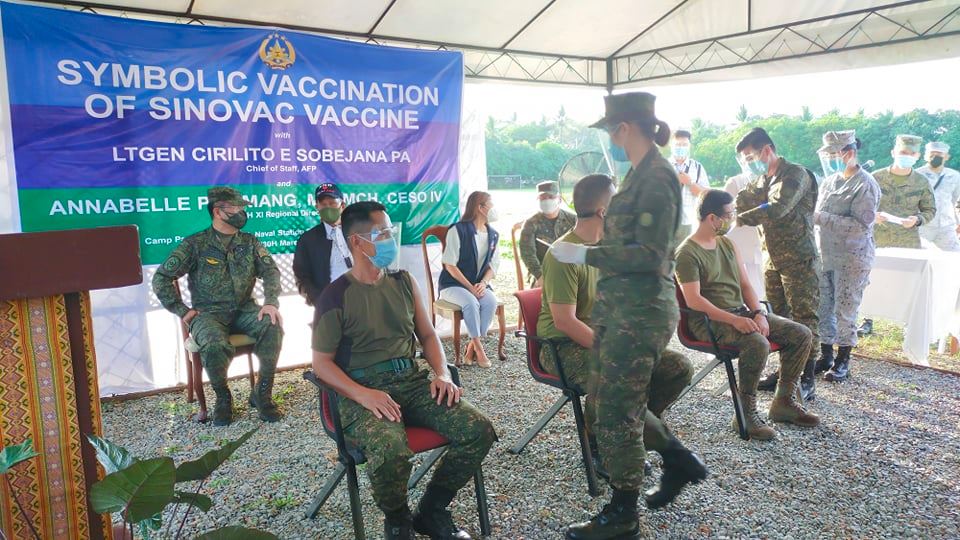 TOP medical officials of the Eastern Mindanao Command (EastMinCom) were among the first to get vaccinated against COVID-19 even as they decided to share their experience.

“Actually the vaccine is only part of the solution we cannot be complacent we still have to practice the minimum health protocols,” Lieutenant Colonel Reniel Dimayuga, deputy head of the Health Service Center Eastern Mindanao, said after he got the shot.

On what he felt, Dimayuga said: “So far ang naramdaman ko is like the usual injection of vaccines just like flu vaccines although meron konting pain upon injection but so far walang pagkahilo, walang pananakit ng braso sa ngayon,”

“Hindi ako nahirapan huminga for now, but we will still wait for 30 minutes for observation,” he said, adding that he and the rest of the members of the units who got their jabs” have no any adverse effects that experience.”

Major Ares Macailing, assistant chief nurse of the Camp Panacan Hospital, also shared the same experience. “So far there is no feeling of uneasiness, wala, for me wala akong naramdaman na kakaiba during vaccination so andito na ang vaccine so will take the opportunity to be vaccinated since we are waiting for almost year so bakit hindi (tau magpabakuna),” Macailing said.

He added no one among the soldiers were hesitant to get vaccinated as they saw it as an advantage as they were waiting for the opportunity.

However, he urged those who have been vaccinated not to be complacent.

If they are to experience adverse effects of the vaccines, they added that they would follow the Department of Health protocols just in case there is already a plan for it.

The command started on Monday the vaccination program for the unit with 300 of its personnel were vaccinated.

Aside from the two officials, also getting his shot was Captain Victor Dato, executive officer of the hospital.

Armed Forces of the Philippines Chief of Staff Cirilito Sobejana joined the team that brought 1,200 doses of the Sinovax vaccines to the city and led the ceremonial vaccination of the frontliners of the Camp Panacan Hospital. 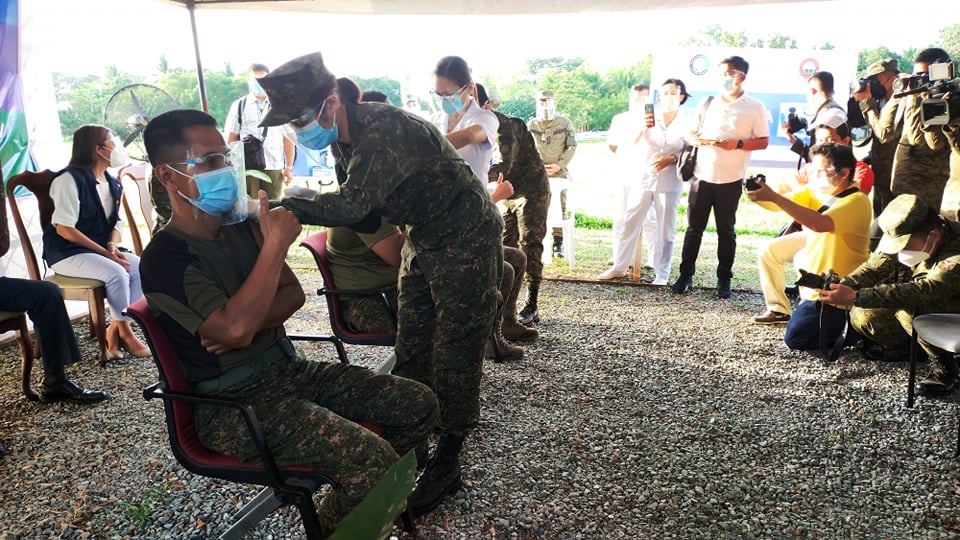 “We encourage every member of the AFP, to take part in the government’s vaccination program. This is not only meant to protect yourself from the virus, but also to encourage our families and others, who are still undecided to be inoculated,” Sobejana said.

In an interview with Dato, also the focal person of COVID-19 in the hospital, said the event was symbolic as as all its 80 personnel were also scheduled to get vaccinated.

He said 600 vials were given to them while the 600 vials was given to 10th Infantry Division.