Study: Boys experience abuse, violence more than girls do, but… 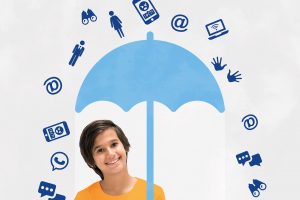 Around the world, 1 in 6 boys experiences sexual abuse; many more are exploited or exposed to inappropriate sexual materials.

In the Philippines, the 2016 National Baseline Study on Violence against Children noted that 1 in 4 children (24.9%) suffer from any form of sexual violence in any setting. Sexual violence occurs more often on boys (28.7%) than girls (20.1%). The study also noted 1 in five children aged 13-17 experienced sexual violence, while 1 in 25 experienced rape during childhood.

In 2018, the Center for the Prevention and Treatment of Child Sexual Abuse (CPTCSA), which participated in a global scoping study “Caring for Boys Affected by Sexual Violence,” found that boys’ experiences in school, their use and exposure to multimedia content and the influence of their peers impact hugely in shaping their views more that their families.

The CPTCSA, which has been working towards a safer world for children for over 20 years in the Philippines, said the qualitative study also noted that boys have varying influences regarding their views on sexuality and on being male, and these can affect their potential perpetration or victimization regarding abuse.

Boys’ exposure to pornography also has a great impact on their understanding and shaping of their sexuality, sexual behavior, and their engagement in sex.

Cultural definitions of the roles of males and the expectations and assumptions held out for boys in being male can increase their exposure and vulnerability to abuse, and which makes them far less likely than girls to report abuse or ask for help and support when abused. These factors affect the ways in which boys view and experience available services.

Boys who suffer abuse suffer long-term physical and mental harm and are more likely to have problems in their future relationships.

Zenaida Rosales, executive director of CPTCSA, said, “The experiences of boys on abuse and violence have negative consequences on their lives, and the effects can be felt throughout all of society.” She said, “The time has come for us to look at the realities of boys and do something about it.”

The CPTCSA is part of the Family for Every Child Global Alliance in initiating the Blue Umbrella Day (BUD) campaign, an international day to encourage parents, communities, and societies to protect boys and nurture them in ways that best support their wellbeing.

“This is a campaign to raise awareness and change social norms on how to better care for boys and protect them from all forms of abuse including sexual violence,” Rosales said. Apart from the Philippines, the campaign is also gearing up in India, Paraguay and Guyana.

The Philippine BUD campaign, which is supported by 12 government agencies and six international NGOs, will kick off February 8, 2021 with a forum, followed by a lecture series on the psychosocial needs of boys on Feb. 9 and 10, 2021 (Zoom links provided below).

The BUD campaign hopes to engage the United Nations into adopting the movement into an international day of advocacy on the care, protection and empowerment of boys worldwide.